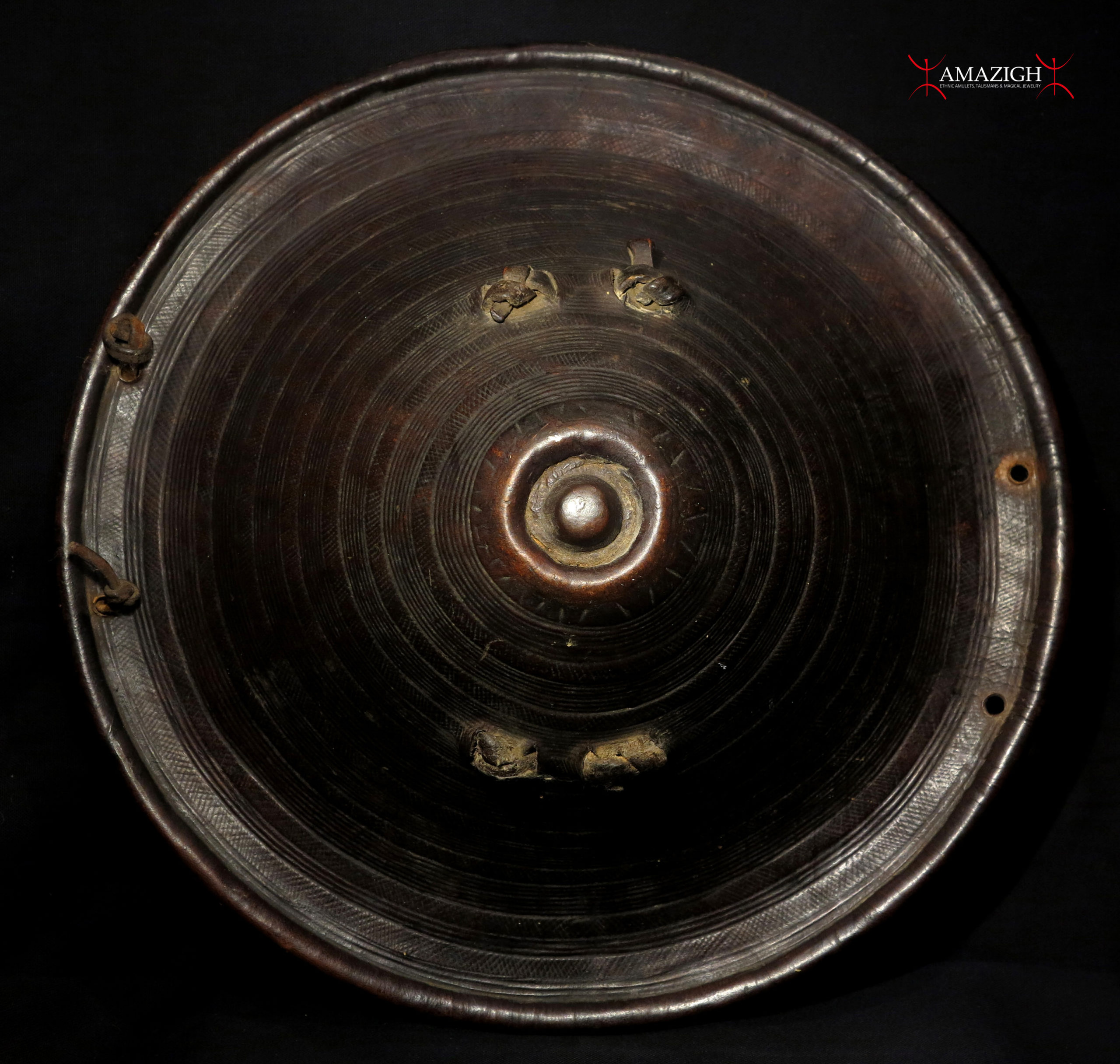 Amhara shields in former times were carried by the Kaffa, a member of the Sidamo group. The shield is surrounded by a thick rim which is supposed to prevent a spear or blade from sliding off it. Leather bindings were used from the back through the front to reinforce the shield.