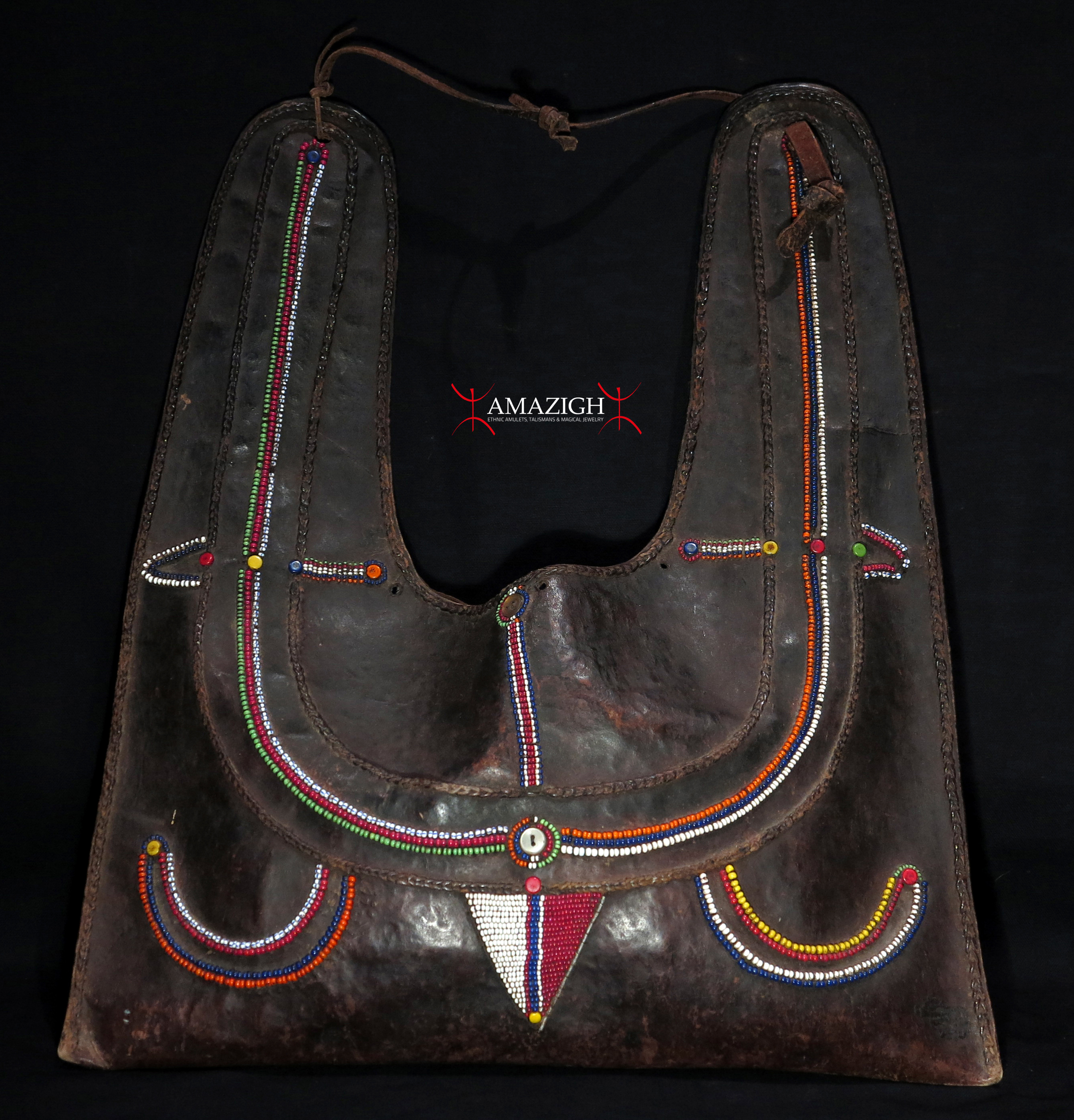 Among the Maasai such bags are known as Olbene. Very often they would be embellished with glass beads forming elegant curves, vertical lines and other geometric motifs.  Olbene leather bags were used by women to hold water or other valuable belongs. These bags were  also passed down through generations to hold important objects that were collected by by their families.