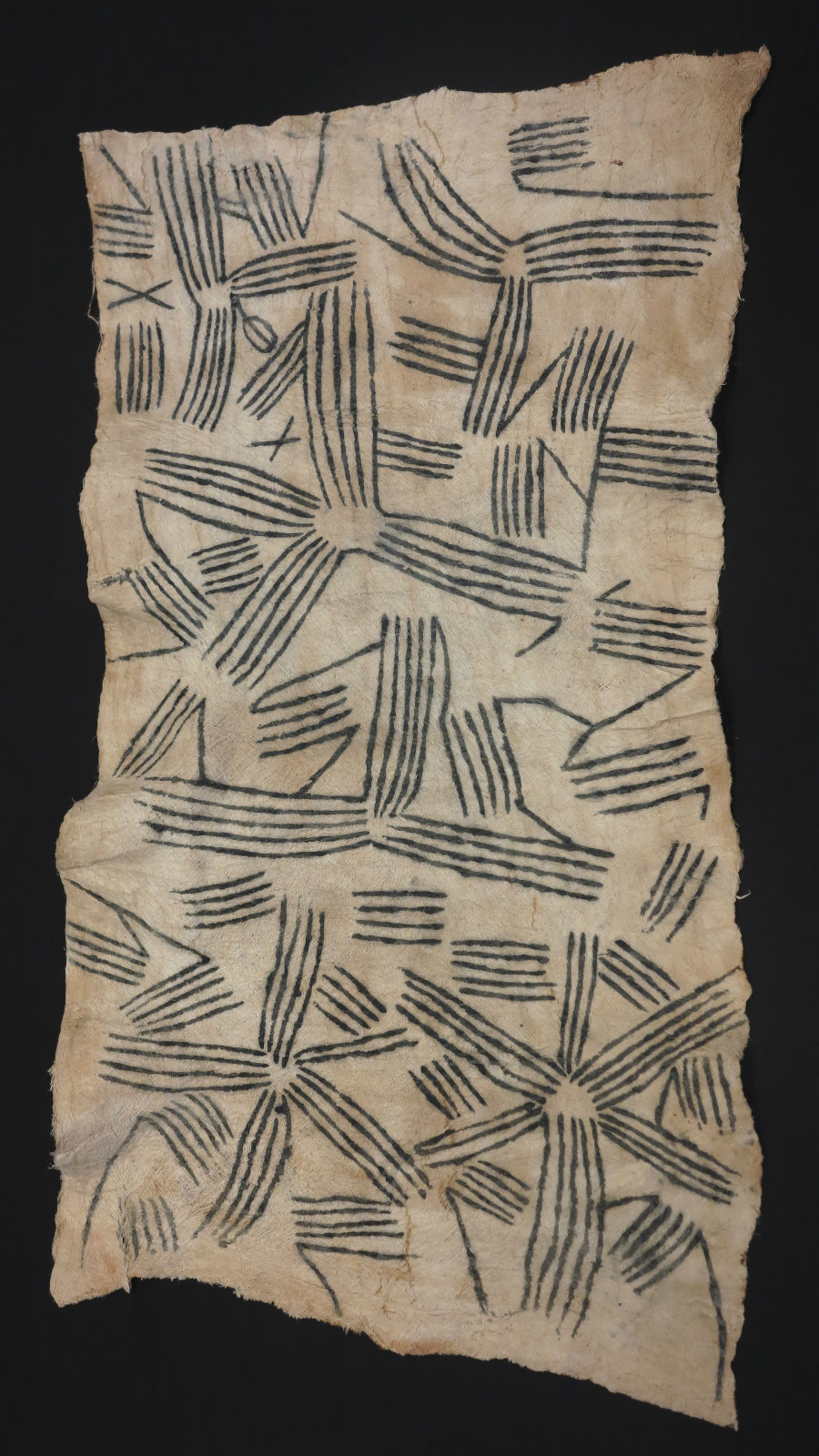 Hand-beaten tree-bark, painted with organic pigments. Approx. cm. 87 x 47 (34.25 x 18.50 Inches). Mbuti people, one of the oldest indigenous people of the Congo region of Africa, are one of several indigenouspygmy groups. They are hunter-gatherers that live in the Ituri rainforest. The Mbuti are composed of bands which are relatively small in size, ranging from 15 to 60 people.  Survivors of an ancient race that was once dispersed over the African continent, the Mbuti now dwell in scattered bands, ranging from 15 to 60 people, roaming from camp to camp seeking food and shelter. The forest, seemingly inhospitable to outsiders, provides natural protection for the Pygmies. A seminomadic people, the Mbuti produce art that is easily portable. Understandably, clothing and body decoration occupy a central position. Bark cloth has traditionally been the clothing of the Pygmy and originally used as loincloth for ceremonies and dances. The large pieces were made by women to receive their newborn children. As trees were considered sacred, the bark was assumed to have a protective quality. For more information and similar examples, “Mbuti design: paintings by Pygmy women of the Ituri forest”,  by Georges Meurant, Robert Farris Thompson – 1996, provides a close analysis of the drawings, examining them both thematically and aesthetically. See also “Pygmy Drawings – A Collection of Rare Drawings on Bark Cloth by the Mbuti Pygmies of the Ituri Forest of Zaire“, by Linda Einfeld, Chicago, 1980.