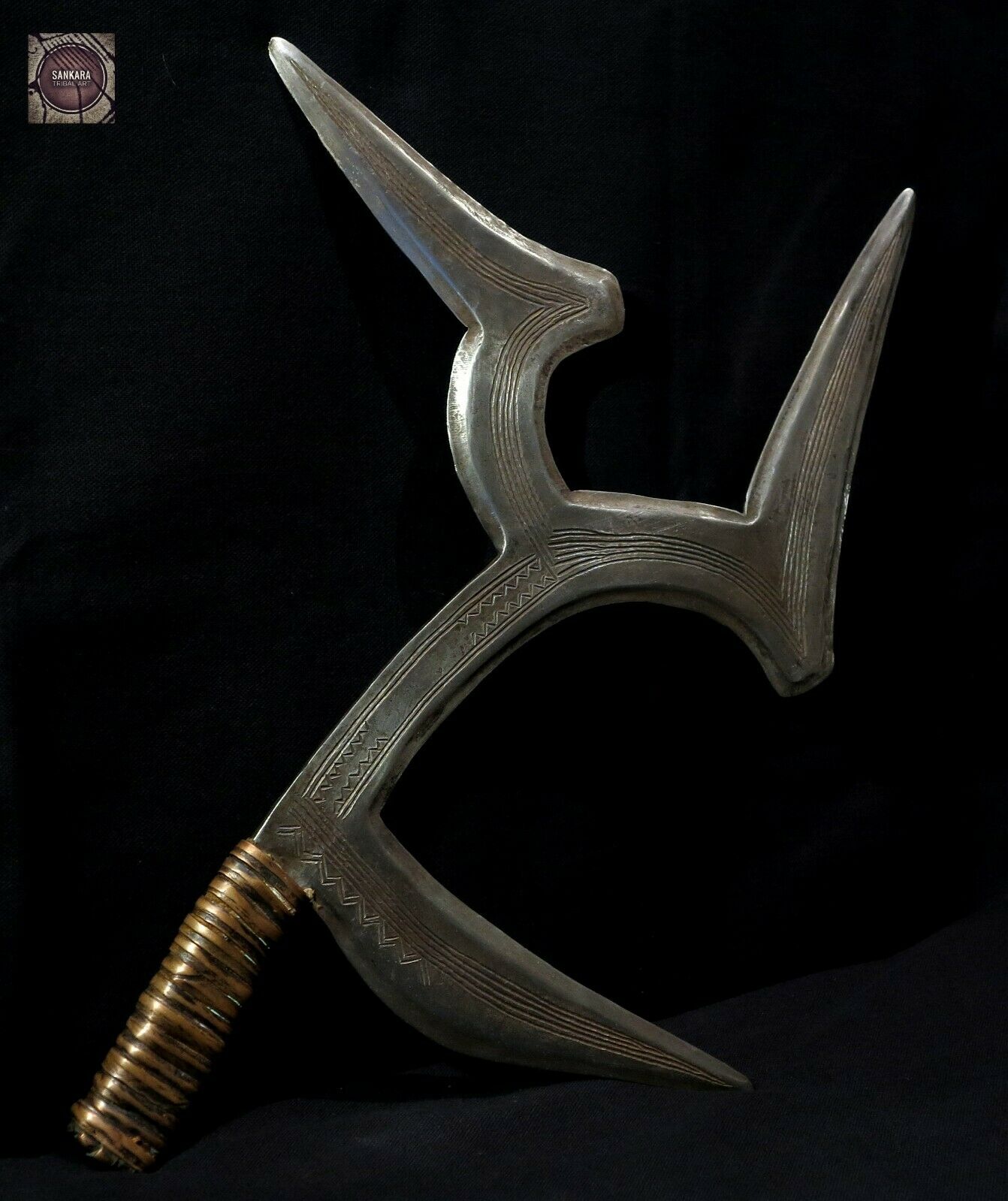 Mabo throwing knives, collectively known as ndo were used as weapons of war, prestige objects, and currency blades. As reported by Poutrin (1910), no Ngbaka Mabo man ever left his village without carrying his spears and throwing knife, even in times of peace.

Their importance as missiles seems to have been rather small; when used in battle, they functioned mainly as handweapons. Their role as tokens of dignity and badges of office seems to have prevailed over any martial role. In the hands of lineage heads, hunting chiefs, and religious specialists, they functioned as signs of authority and rank. Leaders of an antiwitchcraft cult, the so-called wama, carried examples of this type during part of their ceremonies.

This piece is elaborately incised.