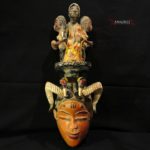 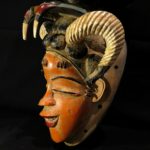 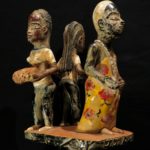 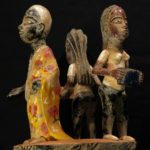 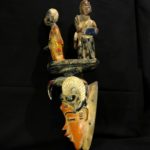 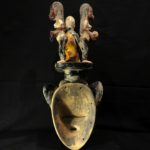 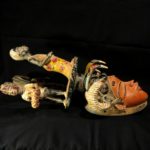 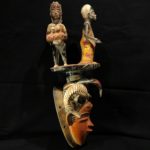 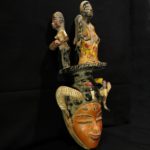 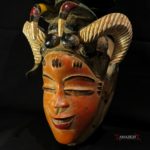 The mask has been professionally restored in the upper part. The mask is solid and there are no visible traces of the restoration.