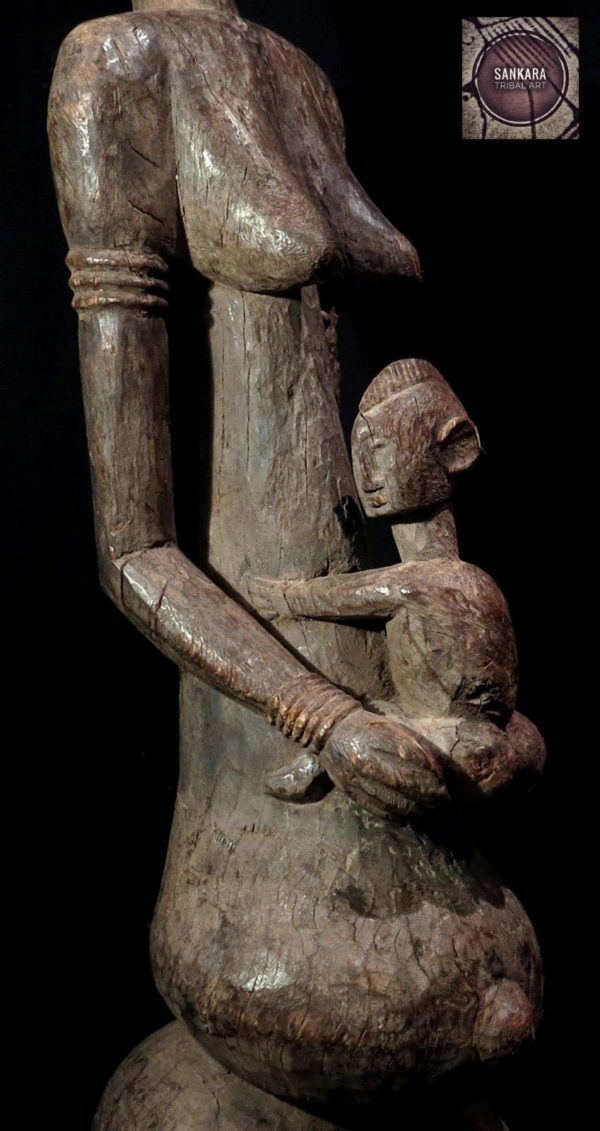 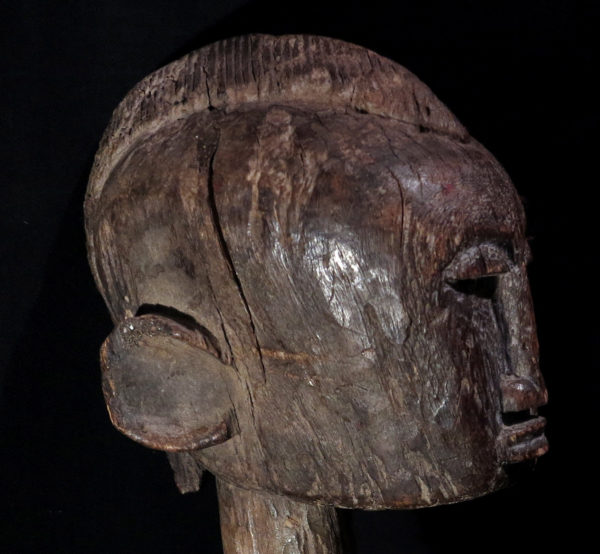 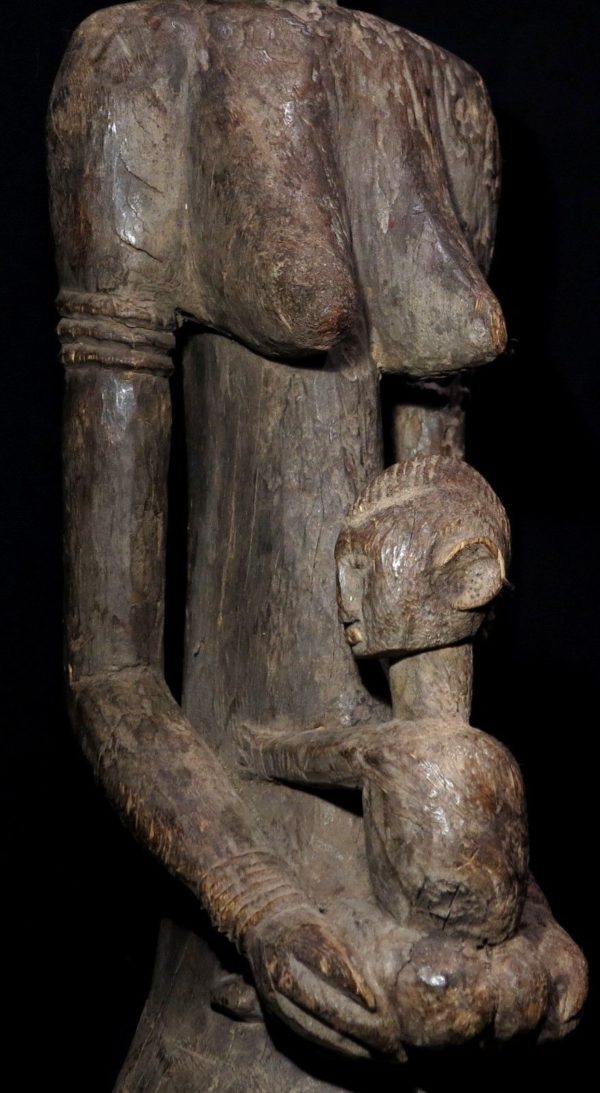 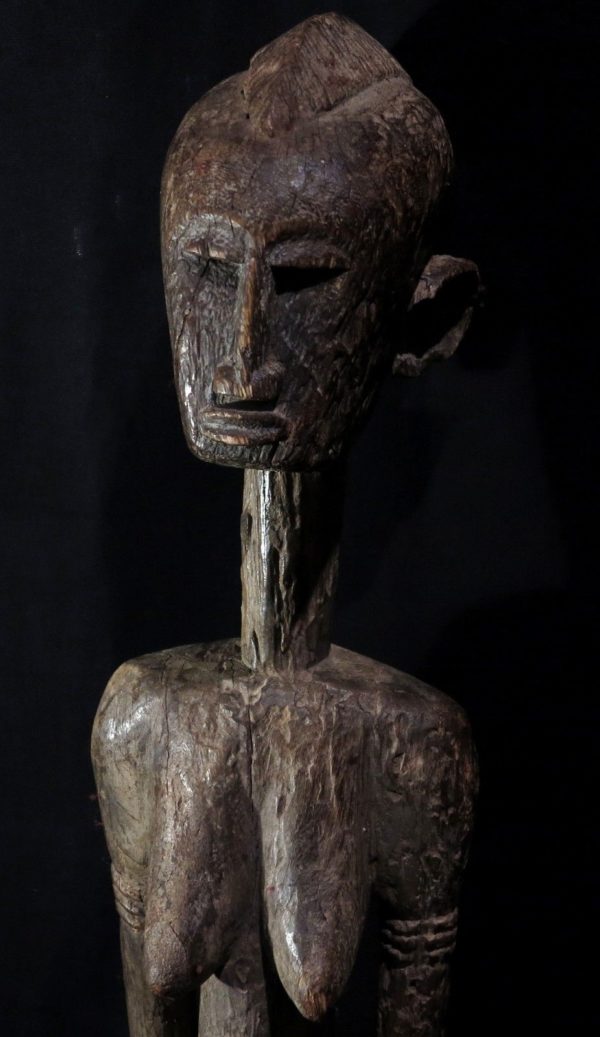 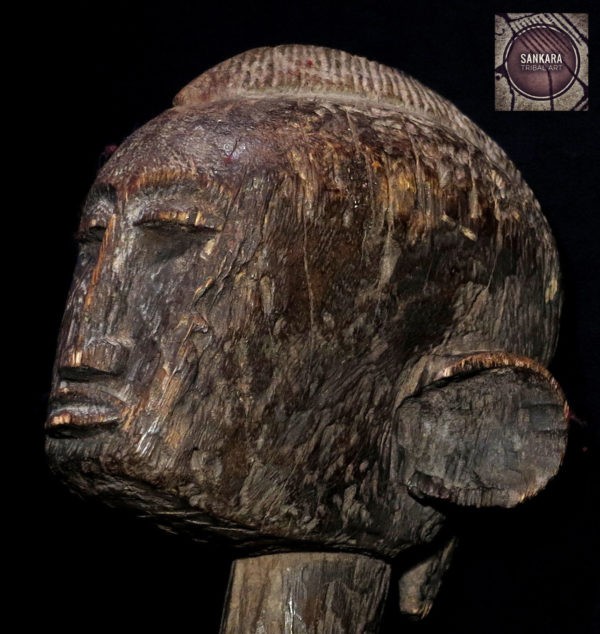 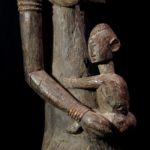 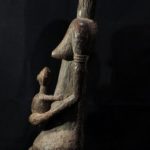 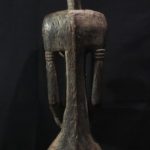 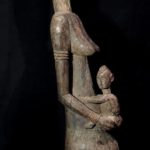 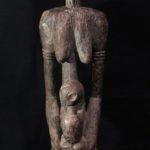 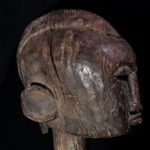 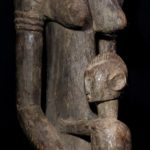 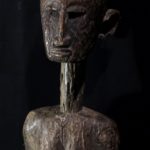 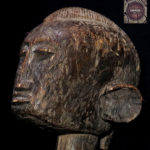 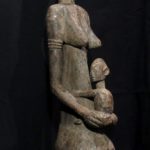 Bambara Maternity Figure is intended to encourage fertility and to celebrate motherhood.

The Bambara (or Bamana) are a Mandé people living in west Africa, primarily in Mali but also in Guinea, Burkina Faso and Senegal.