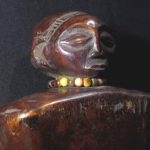 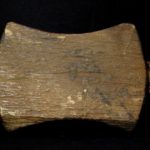 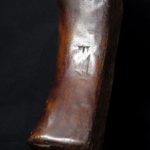 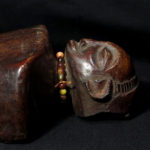 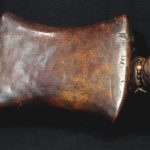 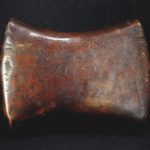 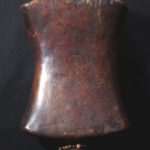 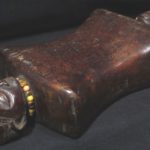 The Hemba people (or Eastern Luba) are an ethnic group in the Democratic Republic of the Congo. The Hemba people live in villages, recognizing chiefs as their political leaders. A chief will be the head of an extended family of landowners, inheriting his title through the maternal line. Hemba people may also belong to secret societies such as the Bukazanzi for men and Bukibilo for women. The So’o secret society is guarded by the beautifully carved mask of a chimpanzee, which is used in rituals that relate to the ancestral spirits. These societies serve to offset the power of the chief.