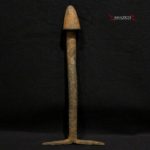 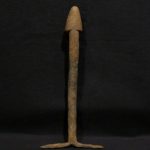 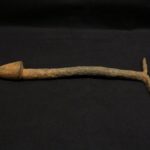 These ritual phalluses are worn along the hips of Fon women during propitiatory fertility ceremonies. Visible signs of use and aging.