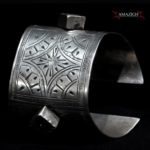 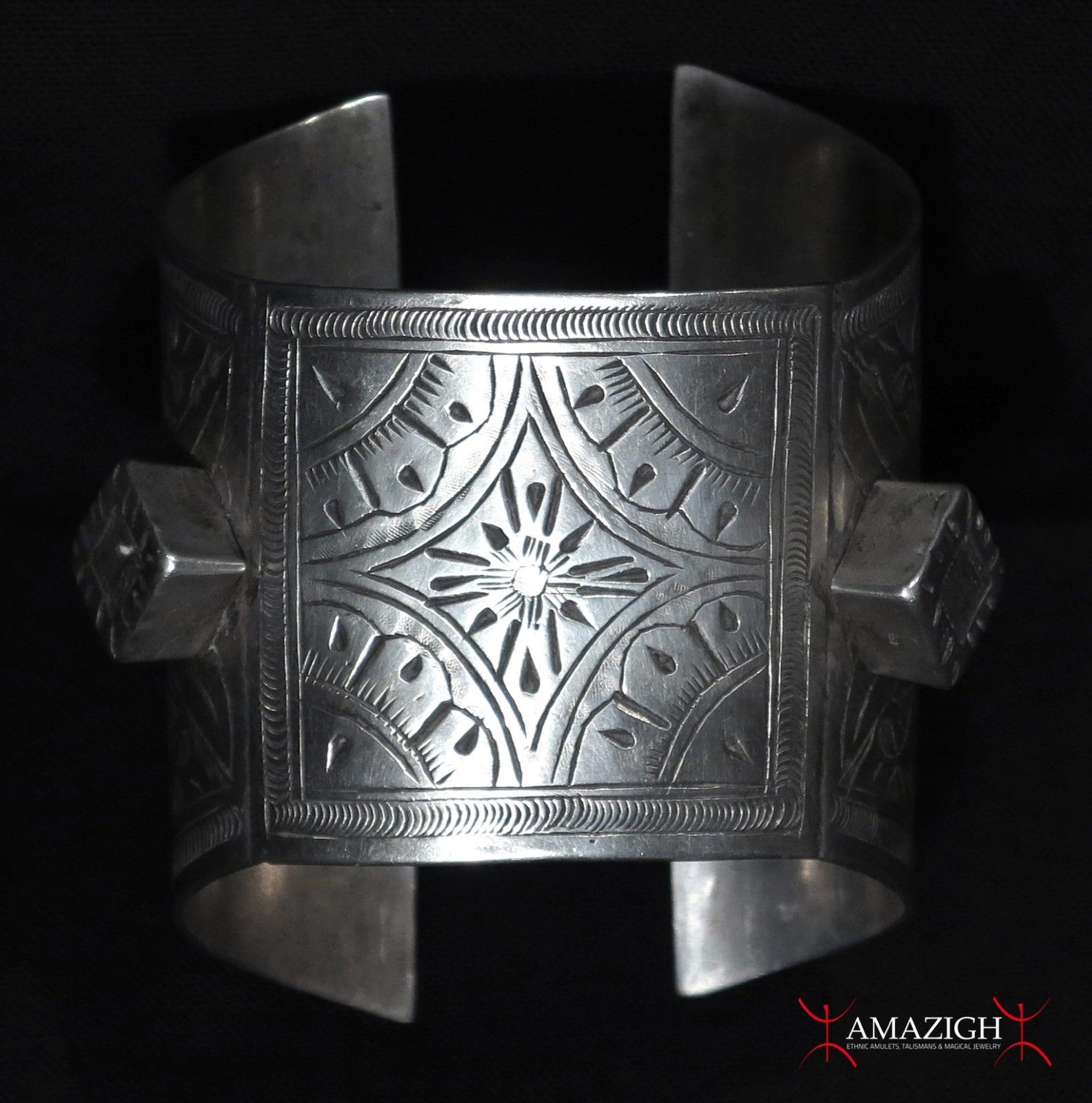 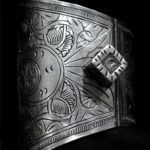 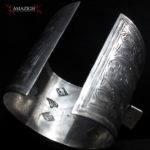 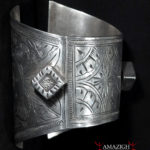 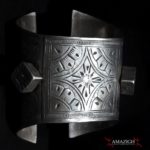 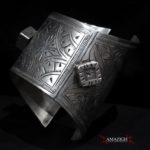 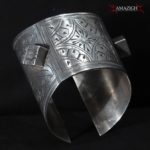 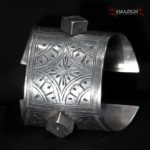 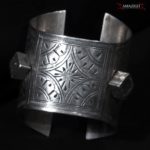 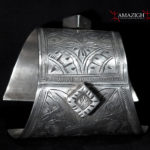 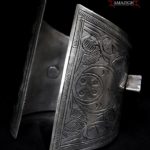 Mid 20th century. Stamped solid 800 silver gr. 254,7 (8.98 oz). Width at the center cm. 5,7 (2.24″), width at the ends cm. 10,1 (3.97″), inner diameter cm. 7,8 (3.07″). Berbers are the indigenous ethnic group of North Africa. They are continuously distributed from the Atlantic to the Siwa oasis in Egypt, and from the Mediterranean to the Niger River.The name Berber appeared for the first time after the end of the Roman Empire. Many Berbers call themselves some variant of the word imazighen (singular: Amazigh), possibly meaning “free people” or “free and noble men”. Today, most Berber-speaking people live in Morocco and Algeria. Their myths, legends and history span 9,000 years, back to the Proto-Mediterraneans. They have achieved unity by keeping up their unique language and culture which are, like their land, both African and Mediterranean.