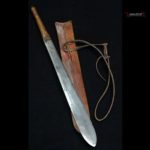 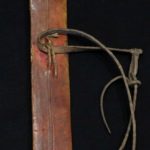 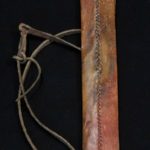 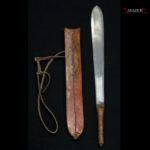 The Seme (sime) is the constant sidearm of the Maasai (Masai) man.  It is a light short sword with a double-edged, leaf-shaped spatulate blade, made from spring steel. The Maasai use this blade for everything from clearing brush, butchering cattle, to peeling fruit.  They also use it for self defense.