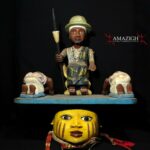 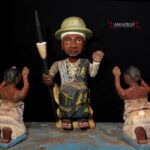 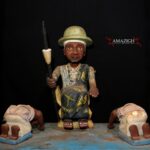 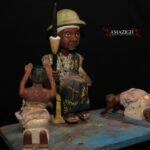 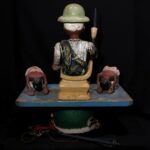 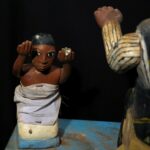 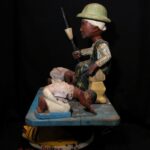 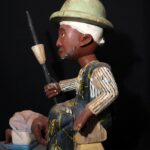 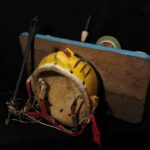 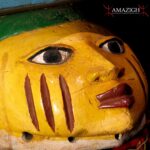 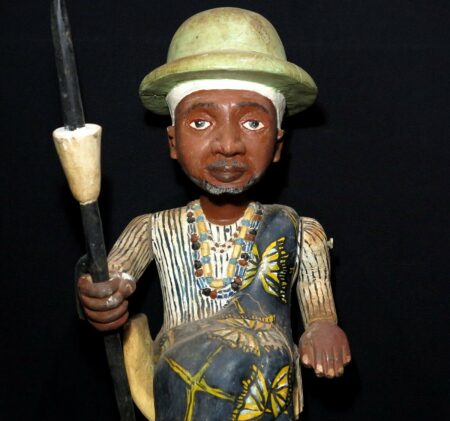 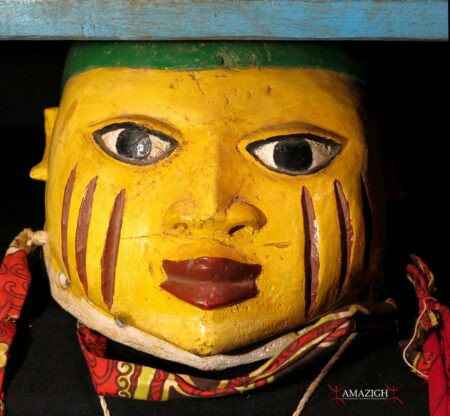 The Gelede spectacle of the Yoruba is a public display by colorful masks which combines art and ritual dance to amuse, educate and inspire worship. Gelede celebrates “Mothers” (awon iya wa), a group that includes female ancestors and deities as well as the elderly women of the community, and the power and spiritual capacity these women have in society. Focusing not only on fertility and motherhood but also on correct social behavior within the Yoruba society.

There are many schools of thought about the origins of Gelede. In the divination narratives known as Odu Ifa the origins of Gelede as beginning with Yemoja, “The Mother of all the orisa and all living things.” Yemoja could not have children and consulted an Ifa oracle, who advised her to offer sacrifices and to dance with wooden images on her head and metal anklets on her feet. After performing this ritual, she became pregnant. Her first child was a boy, nicknamed “Efe” (the humorist); the Efe mask emphasizes song and jests because of the personality of its namesake. Yemoja’s second child was a girl, nicknamed “Gelede” because she was obese like her mother. Also like her mother, Gelede loved dancing.

After getting married themselves, neither Gelede or Efe’s partner could have children. The Ifa oracle suggested they try the same ritual that had worked for their mother. No sooner than Efe and Gelede performed these rituals – dancing with wooden images on their heads and metal anklets on their feet – they started having children. These rituals developed into the Gelede masked dance and was perpetuated by the descendants of Efe and Gelede.