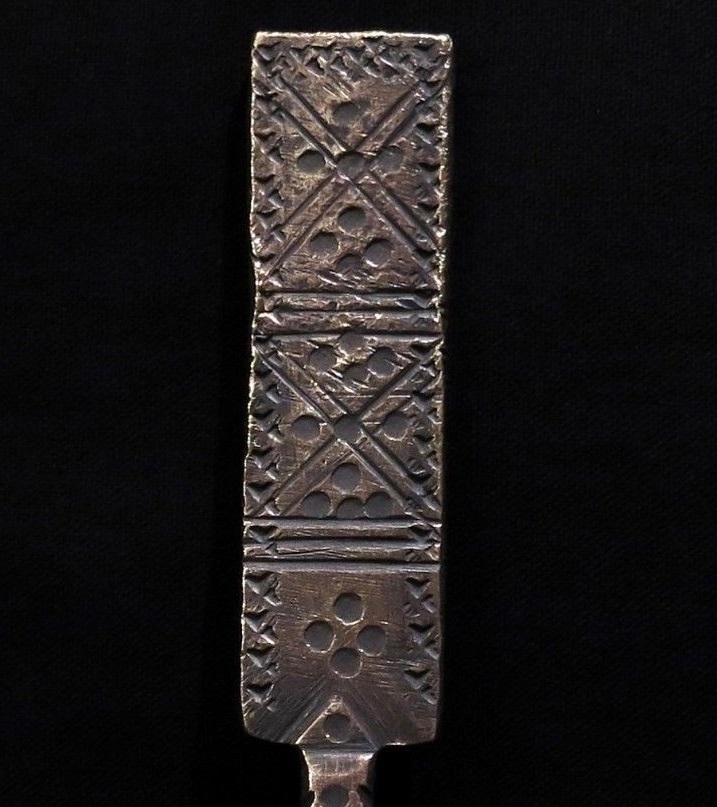 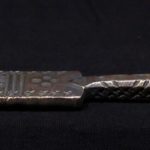 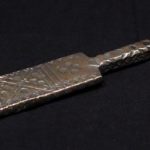 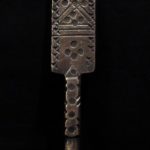 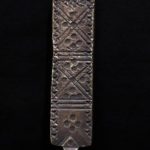 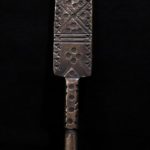 Rectangular bronze plate, both sides decorated with geometric incisions characteristic of Tuareg work. These hammers are used by Tuareg to break blocks of sugar.

2 May 2018 African Currency, Other Ethnic Objects