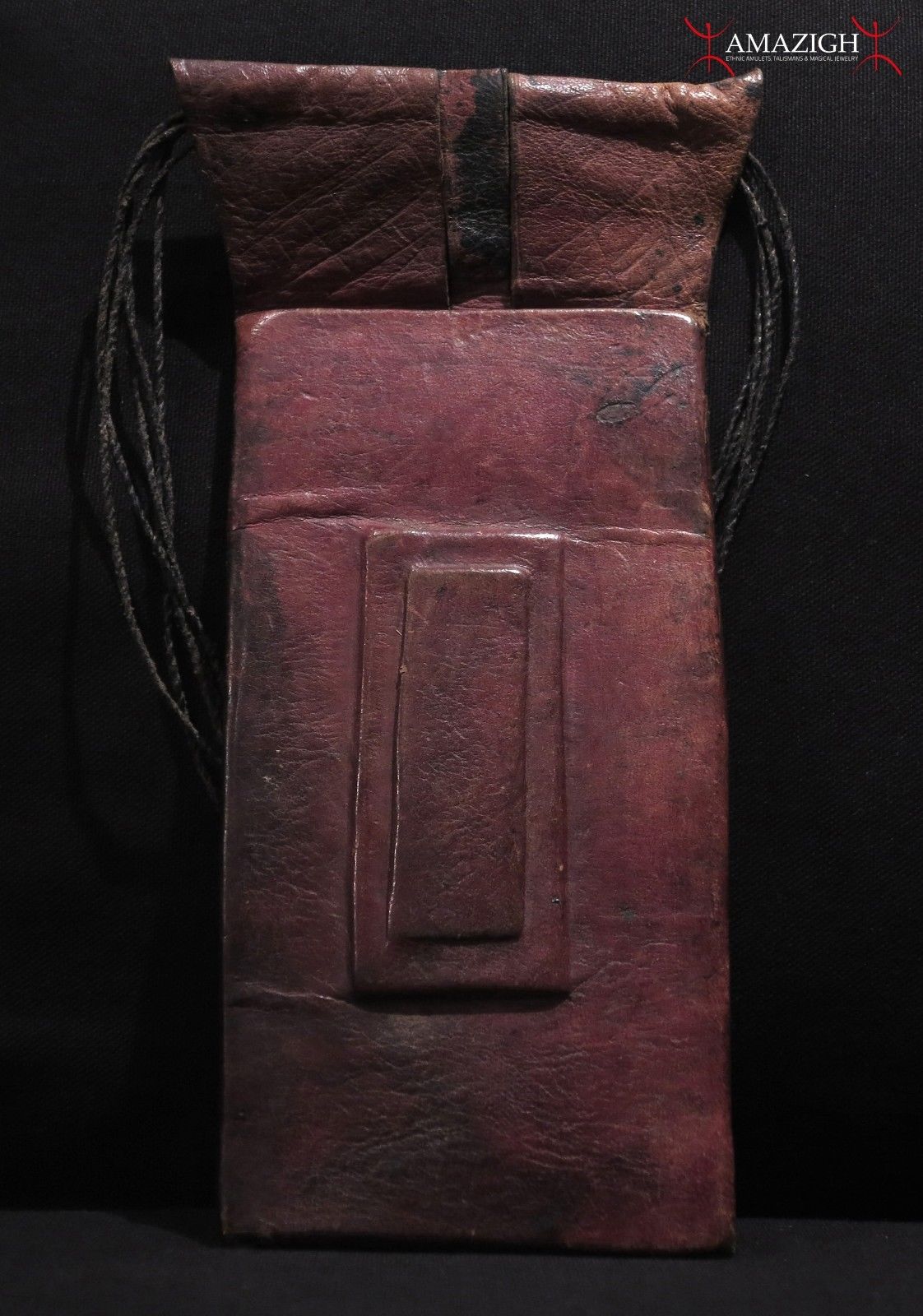 20th century. Leather; gr. 82,3 (2.90 oz.). Cm. 9,5 width x cm. 23,3 high (3.74” x 9.17″). This talisman often has a sheet of paper, closed and sealed, on which is written in Arabic, one or more verses of the Quran selected by an Imam or a Marabout, at the request of a person who wants to be protected from the evil eye, curses, hatred, diseases or also to receive favors or luck. In other cases the Korkoro can hold a sheet of paper on which is written magic letters, numbers, names of days, names of the stars and planet, or signs representing the eye, revealing the esoteric practices well known by the Marabouts. The Tuareg people inhabit a large area, covering almost all the middle and western Sahara and the north-central Sahel. They are probably descended from the ancient Libyan people of the kingdom of the Garamantes, described by Herodotus. Tuareg are mostly nomads. For over two millennia, they operated the trans-Saharan caravan trade connecting the great cities on the southern edge of the Sahara via five desert trade routes to the northern coast of Africa (Mediterranean).