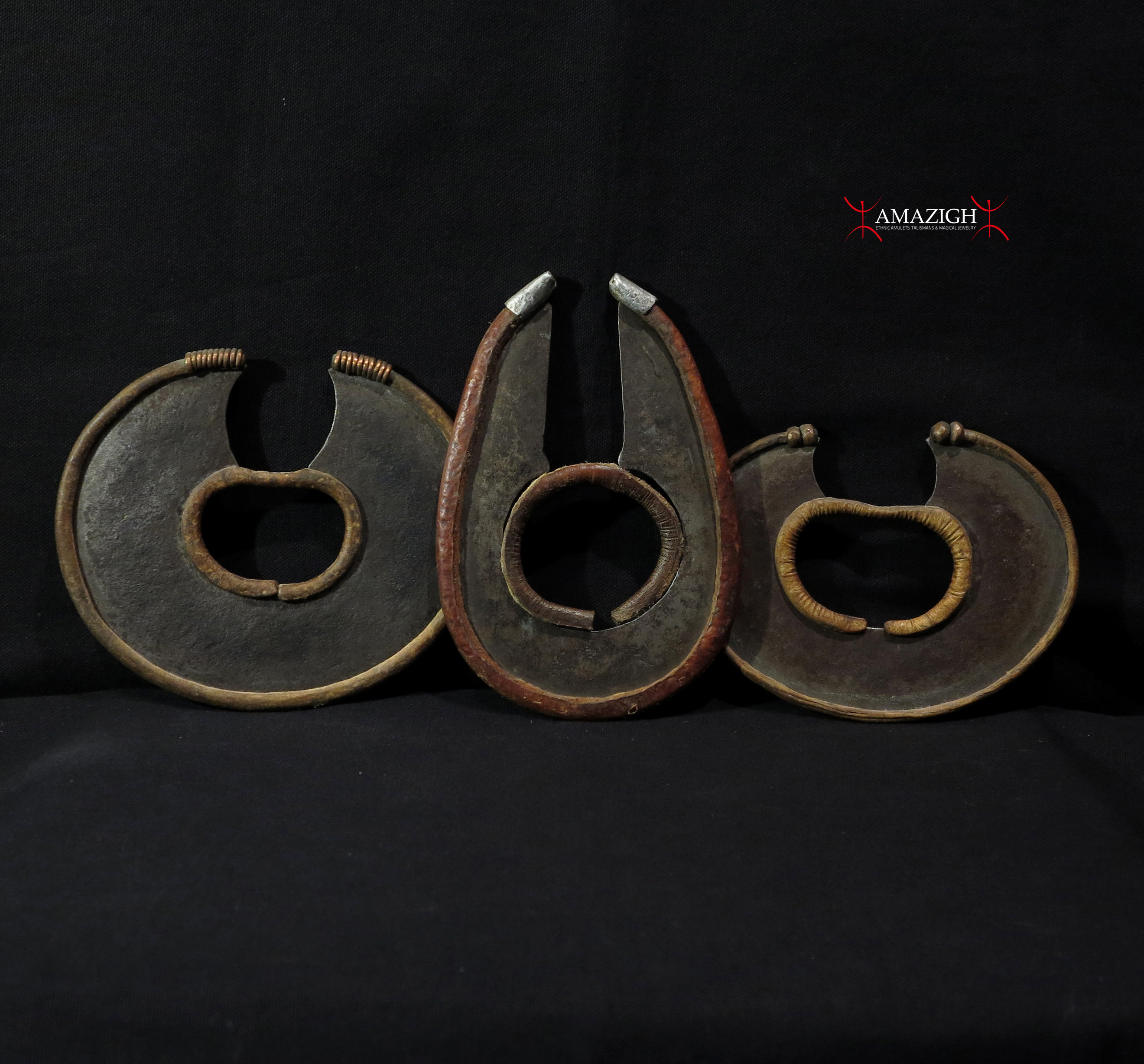 The Turkana peoples of Kenya used both wrist and finger hooks-knives. As weapons, they could be used to gash the face or gouge out an eye, but they were also used as utensils to cut and eat meat. Inserted on the wrist and covered with a thin strip of leather, it may look like an ornament, but once it is ready for use, it is better to be far away from it.