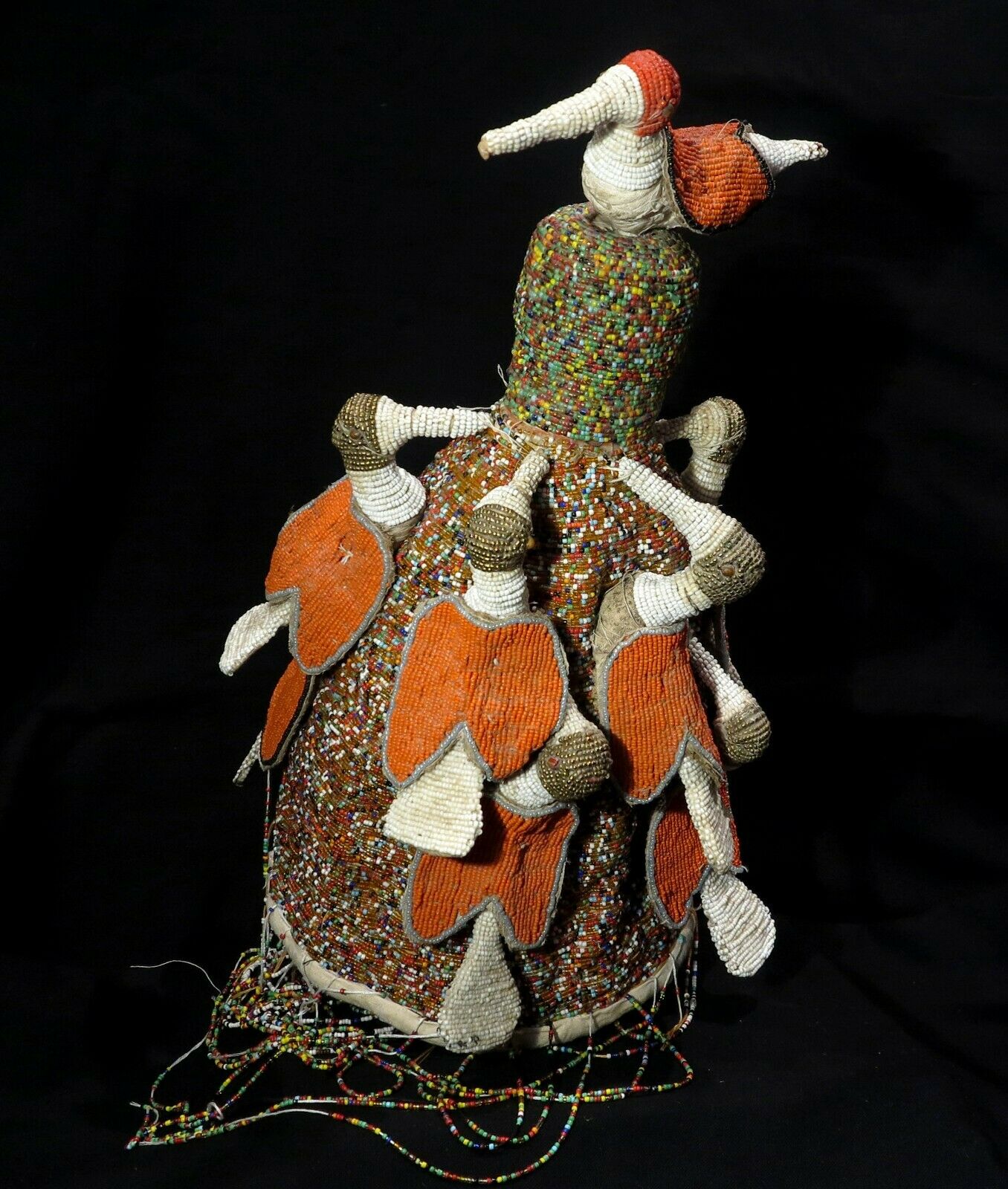 An Oba’s crown represents the highest level of authority vested in Yoruba rulers. Referred to as an ade, the bead-embroidered crown is the foremost attribute of the ruler. An oba’s crown may also be referred to as an adenla, or great crown. Andenlas are elaborate conical headdresses, like the ade, but feature a heavily beaded veil that covers the face.

In his article on the topic, Robert F. Thompson writes, “The crown incarnates the intuition of royal ancestral force, the revelation of great moral insight in the person of the king, and the glitter of aesthetic experience” – Thompson, Robert F. (1972). Douglas Fraser and Herbert M. Cole (ed.). African art & leadership. Madison: University of Wisconsin Press. pp. 227–260.

The bird motif on most crowns has layers of meaning. It recalls how Odùduwà, assisted by a mythical bird, created habitable land on the primordial waters at Ilé Ifè, where he eventually became the first king. It is also emblematic of the role of the king as an intermediary between his subjects and the òrìsà, in the same way that a bird mediates between heaven and earth. Finally, it alludes to a mystical power (àse) that Olòdúmarè reportedly gave to the first female (in the form of a bird enclosed in a calabash), thus allowing her to counterbalance the muscular advantage of men. This mystical power is said to be responsible not only for her ability to procreate but also for her capacity to turn into a bird at night to do good or evil. Thus, by having a symbol of archetypal female power on his crown, a king is expected to manipulate that power for the good of all. This explains why the Ìyá Oba (Official Mother of the King) crowns a new monarch in some towns — to underscore the fact that he has the support of the women. Bird motifs are also present on other sacred or otherwise important objects such as Osanyin staffs.