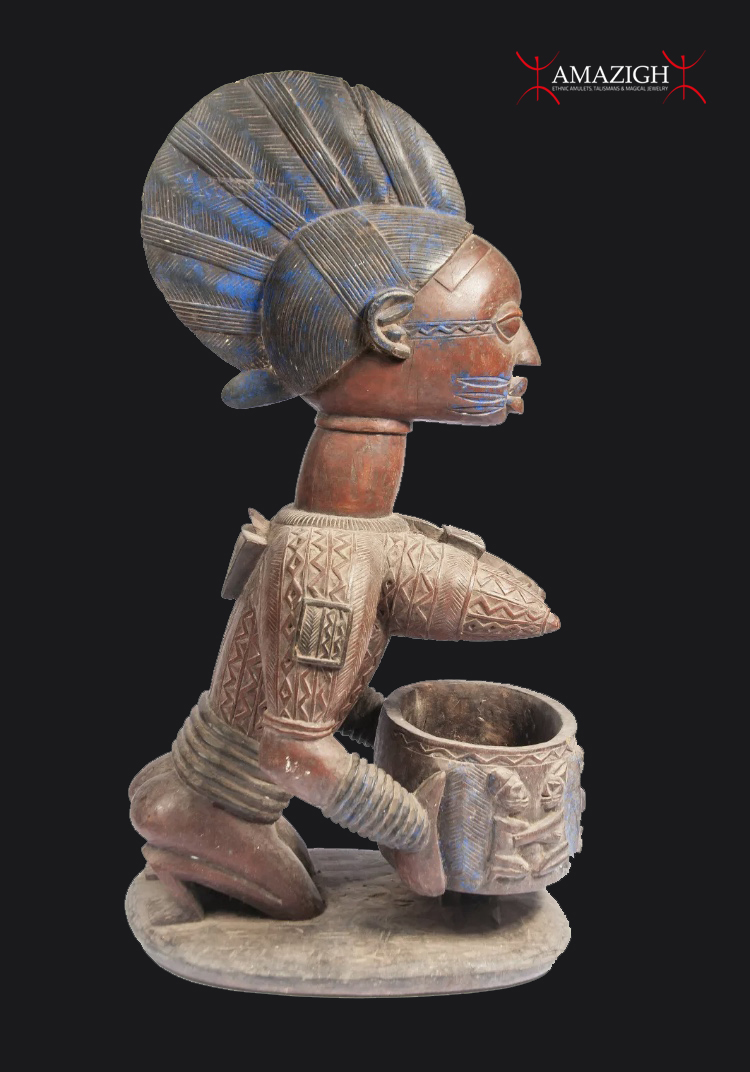 The kneeling pose of this figure is known as ikunle, and it ‘signifies respect, courtesy and supplication’ amongst the Yoruba. The orant presenting an offering to one of the pantheon of Yoruba deities (Orisha) is amongst the major themes of Yoruba art, particularly amongst the eastern and southern Ekiti people. The kneeling figure is closely associated with motherhood and the act of giving birth, which is key to its status as one of the most effective means of gaining the favour from an Orisha, since even these supra-human beings are expected to honour the vulnerability of the expectant mother and the sanctity of childbirth.

Kneeling female figures with offering bowls were used in ifa divination rites, or to hold the kola nuts, or obi, which a host would offer their guests, but it seems probable that this particular figure was commissioned on the advice of a diviner (babalawo) by a young bride anxious to have a child.

The figure’s status as a young bride is indicated by her elaborate hairstyle, known as irun agogo, which the artist has treated with great refinement and naturalism. The bride’s youthful figure is composed of geometric planes which are arranged in a succession of oblique angles. Her physical beauty is enhanced by the rich adornment of a series of incised geometric scarification marks. The figure has four protective amulets of Islamic origin, known as tirahs, rest upon her breasts, her arms and her back.