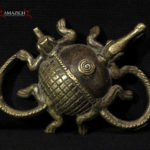 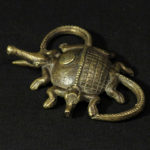 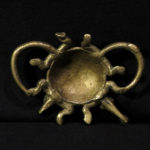 Lost-wax casting. The mold is destroyed every time; every object is a unique piece.