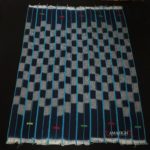 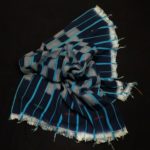 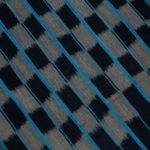 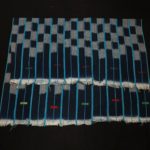 Narrow strips of handwoven cotton – 10,0 cm in wide – are stitched together.