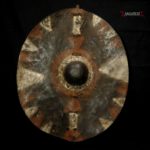 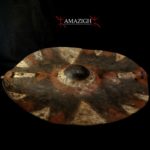 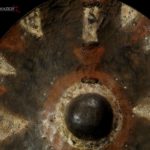 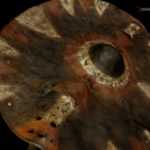 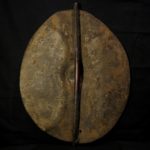 Constructed in typical oval form along a robust, vertical wooden strut. The leather of the shield is integrated into this wood construction and stretched by means of leather strips. The large vertical strut also serves as the grip of the shield. The handle is consisting of a cross-stick with a beautiful patina of gripping: the warrior or the shepherd could hold it both vertically and horizontally to avoid enemy’s projectiles – spears, throwing knives, sticks or slingshot stone – or the aggression of wild animals.

The Datooga widely-dispersed ethnic group located in North-Central Tanzania, in the region of Singida. In the outside world they are often known by the Sukuma name for them, Taturu.

They were formerly nomadic, depending largely on milk products for their diet, and moving whenever the needs of their cattle dictated. Now, however, many farm a plot of maize and sometimes beans and millet. They live a very difficult life, in semi-arid areas, where water is hard to obtain and often unclean.

The Datooga are resistant to cultural change, including belief in Christianity, maintaining a strong adherence to traditional animist beliefs and practices. They are animists who respect and fear their ancestors. They believe in one creator God, whom they call Aseeta. But they think of him as distant and impersonal. Spiritual help is found through communication with ancestors. Women play a big role in religious life, especially in singing and prayer.