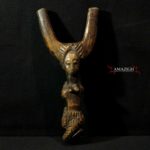 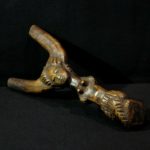 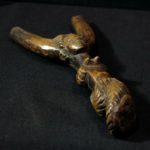 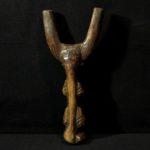 The sophisticated theology of the Ewe people is similar to those of nearby ethnic groups, such as the Fon religion. This traditional Ewe religion is called Voodoo. The word is borrowed from the Fon language, and means “spirit”. The Ewe religion holds Mawu as the creator god, who created numerous lesser deities that serve as the spiritual vehicles and the powers that influence a person’s destiny. This mirrors the Mawu and Lisa (Goddess and God) theology of the Fon religion, and like them, these are remote from daily affairs of the Ewe people. The lesser deities are believed to have means to grant favors or inflict harm.

The Ewe have the concept of Si, which implies a “spiritual marriage” between the deity and the faithful. It is typically referred to as a suffix to a deity. Thus a Fofie-si refers to a faithful who has pledged to deity Fofie, just like a spouse would during a marriage. Ancestral spirits are important part of the Ewe traditional religion, and shared by a clan.