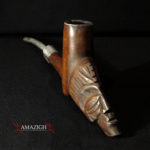 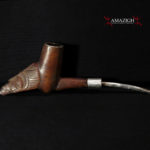 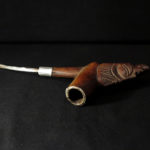 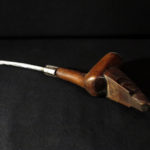 They are famous for their exceptional crafts work, particularly with baskets, pottery, mask carving, pipes, statues, stools and other handicrafts. The art work include utilitarian objects, but often integrates Chokwe mythologies, oral history and spiritual beliefs.

The traditional religious beliefs of the Chokwe center around ancestor spirits worship.  There is sometimes perceived to be a spiritual connection between works of arts such as handicrafts and carved objects and ancestors, as well as god Kalunga or Nzambi. With the colonial era, Chowke converted to Christianity en masse yet the original beliefs were retained to produce a syncretism of beliefs and practices. They have, for example, continued their spirit-rituals from pre-Christian era, as well maintained their elaborate rites-of-passage ceremonies particularly to mark the entry into adulthood by men and women.