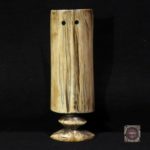 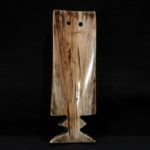 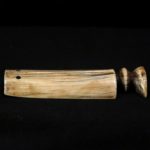 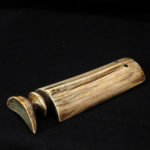 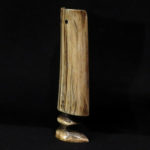 This pendant is named “Komé” and was worn by great hunters initiated to the Bâba cult, intended to protect the hunters from the possible force and revenge of the souls – named khélé – of some slaughtered animals. Without these amulets of protection, hunters or members of their family could be struck by lethal diseases, subject to snake bites, suicide, madness…