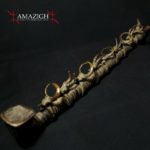 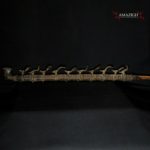 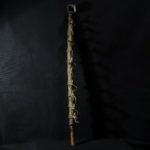 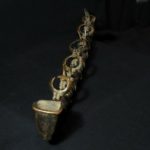 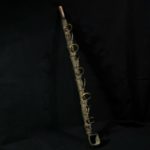 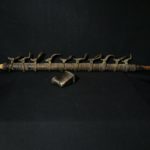 The Bobo are a Mande ethnic group living primarily in Burkina Faso, with some living north in Mali.

The Bobo lineage is the fundamental social building-block. The Bobo are an inherently decentralized group of people. The concept of placing political power in the hands of an individual is foreign to the Bobo. Each village is organized according to the relationship among individual patriline. The lineage unites all descendants of a common ancestor, called the wakoma, a word whose stem, wa-, is a contraction of the Bobo word for house wasa. The Bobo lineage comprises the people who live in a common house. The head of a lineage is called the wakoma or father of the lineage. He may also be called the sapro, which is the term for ancestors. As among other peoples in Burkina, each clan has a totem, so that when a Bobo introduces himself he gives his given name, then his clan name, followed by the totem that he respects.

The creator god is called Wuro. He cannot be described and is not represented by sculptures. Bobo cosmogony describes the creation of the world by Wuro and the ordering of his creations. He is responsible for the ordering of all things in the world into opposing pairs: man/spirits, male/female, village/bush, culture/nature and so on. The balances between forces as they were created by Wuro are precarious, and it is easy for men to throw the forces out of balance. Farming, for instance, can unbalance the precarious equilibrium between culture/nature and village/bush when the crops are gathered in the bush and brought into the village. For the Bobo people there are two important epochs. The time of Wuro, when the universe was created and the historical time, when Wuro gave man his son Dwo.