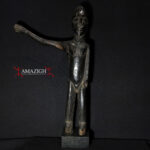 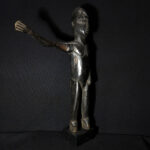 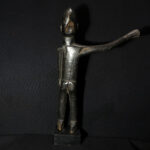 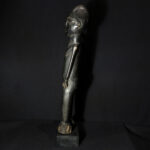 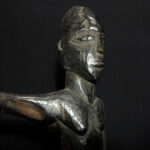 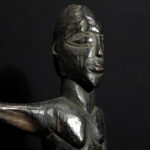 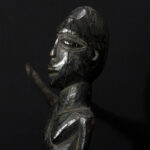 The Bateba are sculptural representations of the Lobi and embody the presence of real living beings. They act as intermediaries between the Thila, that is, the invisible spirits of the Lobi, and the community, protecting their owners. These Bateba TI PUO figures (often referred to as Bateba Duntundara as well) are considered protection bateba and placed in the sacred chamber of the family altar to implore the Thila and block entrance to harmful forces such as disease or witchcraft. They are therefore represented with one or two arms raised to stop any intrusion.