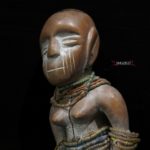 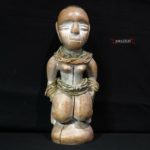 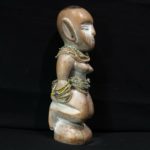 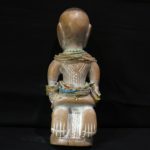 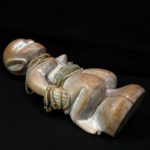 Fine wooden Female Figure with scarifications on the face and traces of kaolin. These figures are used in rituals to promote fertility.

The Bariba people, self designation Baatonu (plural Baatombu), are the principal inhabitants of Borgou and Alibori Departments, Benin, and cofounders of the Borgu kingdom of what is now northeast Benin and west-central Nigeria.

The Bariba people holds an important place in the history of the country. During the late 19th century, Bariba was known to constitute independent states and dominate with kingdoms in cities like Nikki and Kandi in the northeast of the country.