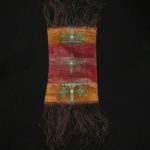 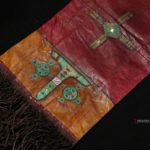 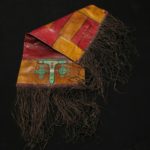 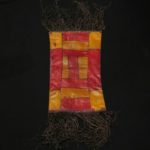 Authentic old pillow made from colorful leather and applications that form traditional Tuareg geometric designs. You can easily fill it using any stuffing material.