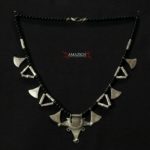 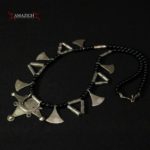 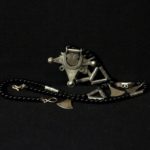 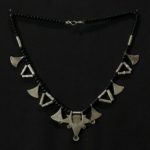 The pendants are a stylized form of the symbol of the goddess Tanit, very ancient apotropaic symbol against misfortune and the evil eye. For the Carthaginians, Tanit was the goddess of fertility, love and pleasure, associated with good luck, the Moon and harvest.