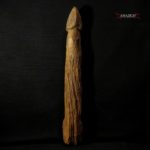 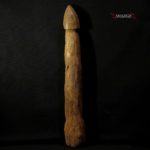 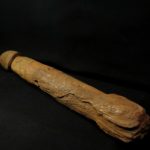 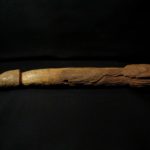 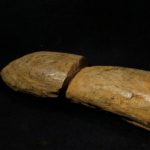 These ritual phallus were placed in the ground to stimulate the growth of crops. Visible signs of use and aging.