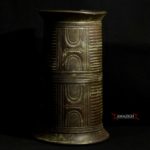 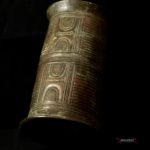 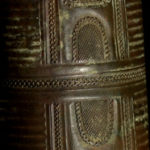 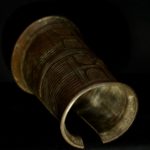 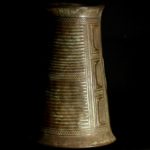 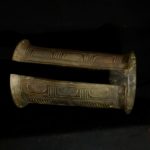 For similar examples, see page 74 of “A World of Bracelets”, by Anne Van Cutsem.

The Igbo people are an ethnic group of southern Nigeria directly indigenous to East and West of the lower Niger River. Traditional Igbo political organization was based on a quasi-democratic republican system of government. In tight knit communities, this system guaranteed its citizens equality. Today, the majority of the Igbo people are Christian, although many also retain belief in their traditional religion.The Igbo religion and traditions are known as Odinani. In Igbo religion the supreme God is called Chukwu (“great spirit”); Chukwu created the world and everything in it and is associated with all things on Earth. They believe the Cosmos is divided into four complex parts: creation, known as Okike; supernatural forces or deities called Alusi; Mmuo, which are spirits; and Uwa, the world.