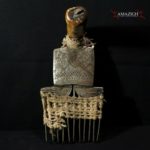 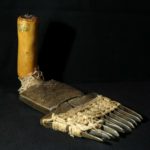 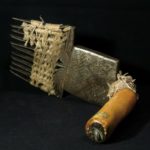 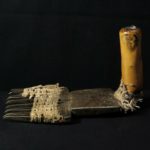 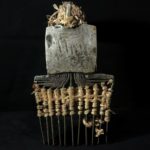 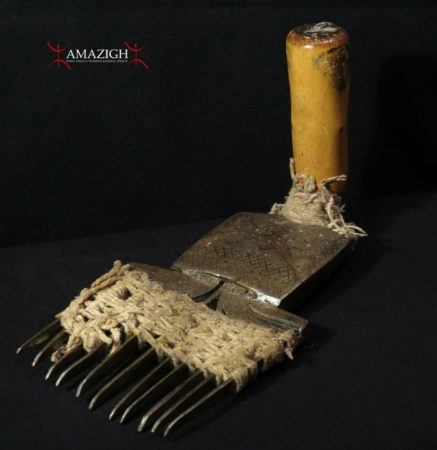 For more information, see “Tapis Berbères du Maroc – La symbolique origines et signification”, by Bruno Barbatti, ACR Edition: “the carding tool and the comb thus have the same symbolic origin. The metaphors for the male sex. In general all instruments with teeth are tinged with sexual symbolism in the textile craft of the Berber. The repetitive movement when using them is associate the sex act”.