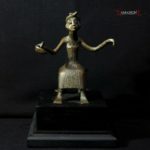 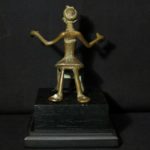 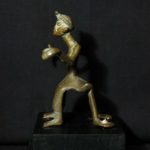 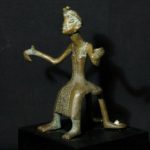 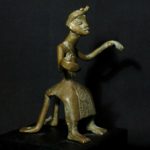 Asen altars and Asen figures serve as monuments to the dead for the Fon. Placed in family shrines, they become the focus of interaction with ancestors.