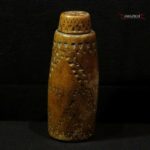 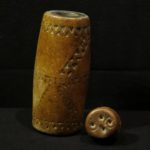 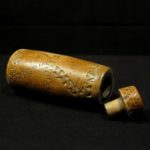 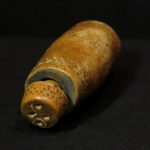 The kohl or kajal is a powder composed mainly of galena, malachite, sulfur and animal fat used for eye makeup to darken the eyelids anddraw the eye. Depending on the composition can be black or gray. The use of kohl is mainly widespread in Near and Middle East, North Africa, Sub-Saharan Africa and South Asia.

The first evidence of use ofkohl date back to the Bronze Age (from XXXVI century BC), when it was used as protection against infections of the eye. Darken the eyelids, also prevent them from being dazzled by the sun. In addition, mothers used kohl to beautify the eyes of their children in the moments immediately after birth, in some cases, this practice was done to “strengthen the child’s eyes”, in others because of a widespreadbelief that the kohl move away from the child look of the ‘evil eye’.