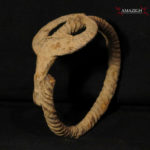 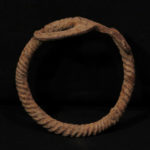 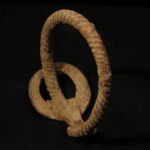 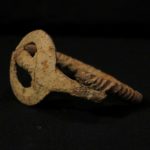 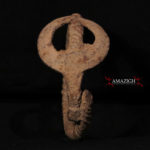 Despite appearances, the bracelet is not decorated with the head of a bovid, but with a horned viper. Piece directly collected in Korhogo.

For a similar example, see “A World of Bracelets”, by Anne Van Cutsem, page 61.