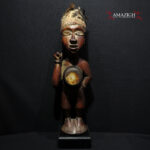 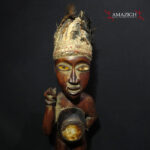 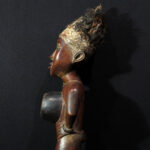 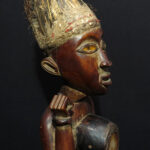 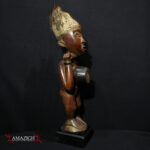 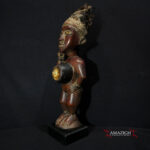 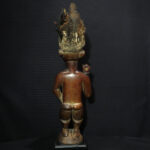 Former prestigious gallery in Paris. Evident traces of ritual use.

The name Nkondi means hunter, which is the mission and purpose of this fetish figure. It functions as a metaphorical device that identifies and hunts down pernicious wrong-doers, such as thieves or others who were believed to have inflicted malefactions or other evil deeds that may have caused sickness and death among the village populace or neighborhood by means of sorceries and the occult.

This Nkondi fetish figure was used in rituals and ceremonies that would invoke the powers of the fetish to hunt down and seize whoever might be responsible for the harm caused and punished that person.