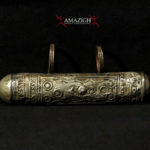 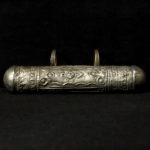 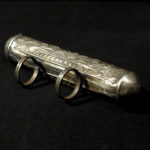 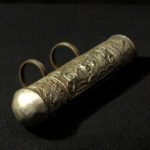 Korcoros talismans are worn around the turban and often contain small scrolls with prayers or magical-religious formulas. The typical turban – the litham – that completely covers the face of the Tuareg except the eyes, has the primary function of protecting the “gates of the soul” (mouth and nostrils) from the evil spirits.