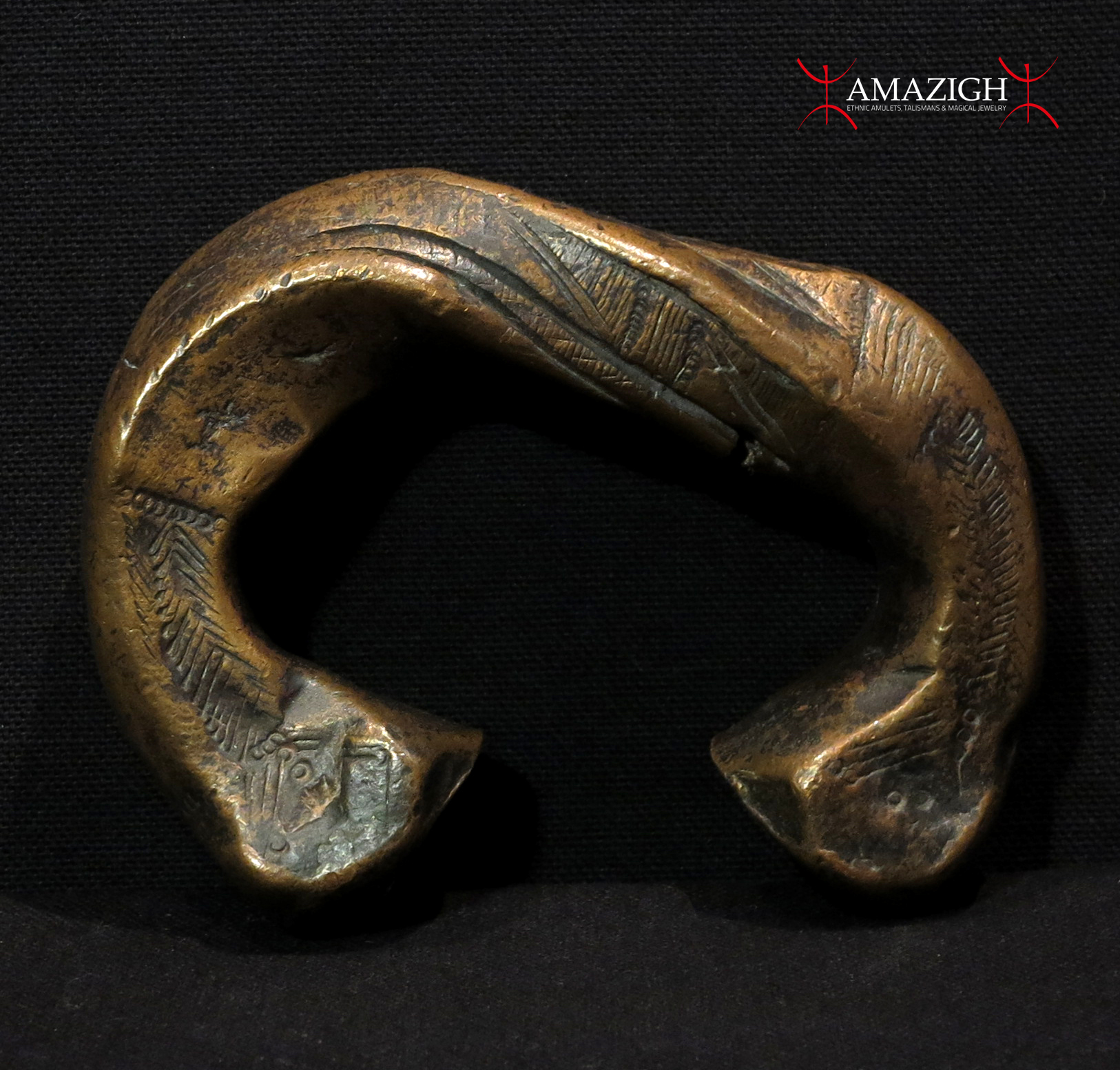 Manillas are a form of commodity money, usually made of bronze or copper, which were used in West Africa. As a means of exchange they originated in Calabar. Calabar was the chief city of the ancient southeast Nigerian coastal kingdom of that name. It was here in 1505 that a slave could be bought for 8–10 manillas, and an elephant’s tooth for one copper manila.

They were produced in a wide range of designs, sizes, and weights. Originating before the colonial period, perhaps as the result of trade with the Portuguese Empire, Manillas continued to serve as money and decorative objects until the late 1940s and are still sometimes used as decoration. In popular culture, they are particularly associated with the Atlantic slave trade.

The name manilla is said to derive from the Spanish for a ‘bracelet’ manilla, the Portuguese for ‘hand-ring’ manilha, or after the Latin manus (hand) or from monilia, plural of ‘monile’. They are usually horseshoe-shaped, with terminations that face each other and are roughly lozenge-shaped.