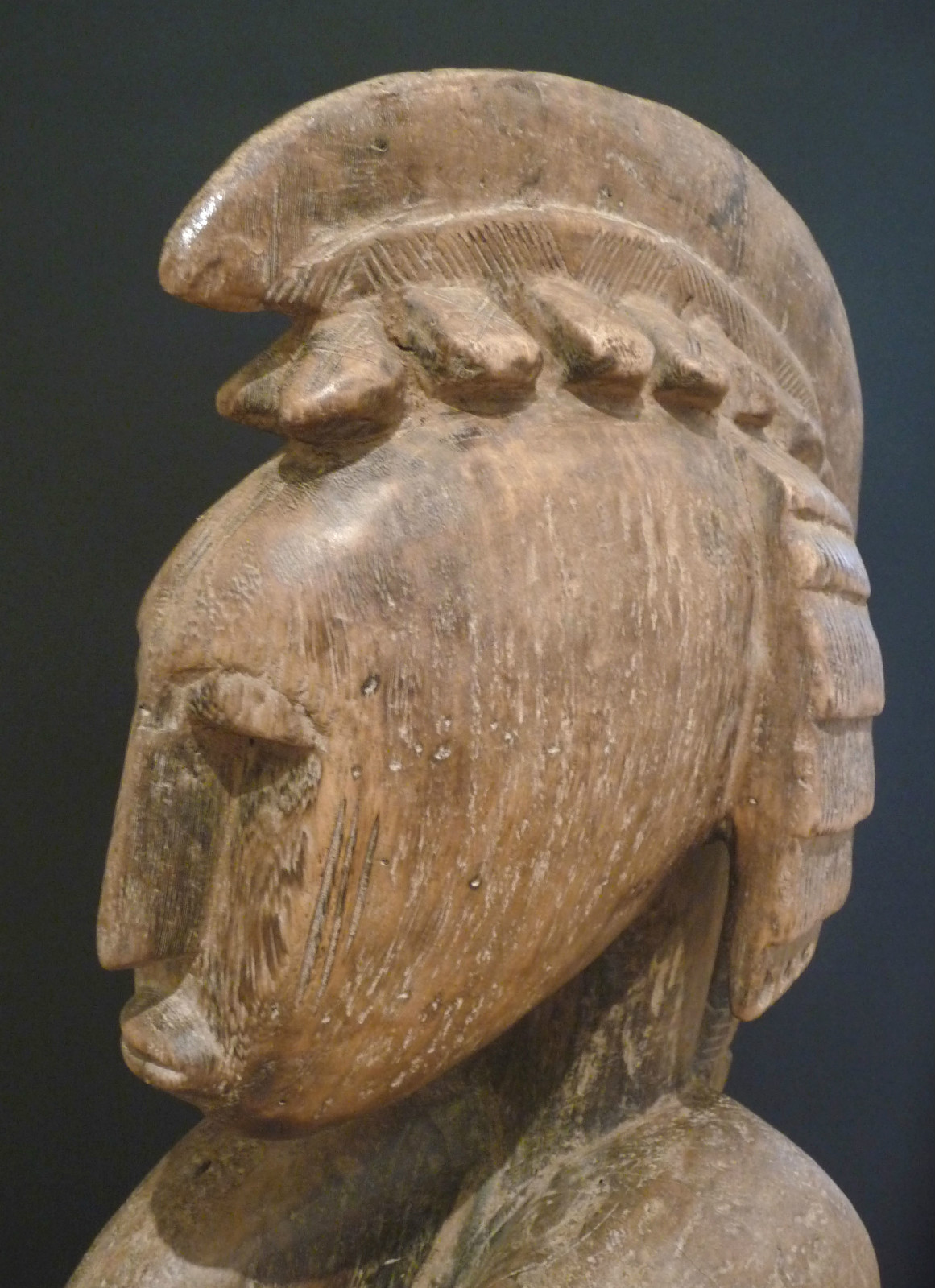 Bambara Maternity Figure is intended to encourage fertility and to celebrate motherhood.

The Bambara are a Mandé people living in west Africa, primarily in Mali but also in Guinea, Burkina Faso and Senegal. They are considered to be amongst the largest Mandé ethnic groups, and are the dominant Mandé group in Mali, with 80% of the population speaking the Bambara language, regardless of ethnicity.
The Bamana originated as a section of the Mandinka people, the founders of the Mali Empire in the 13th Century.
Although most Bamana today adhere to Islam, many still practise the traditional rituals, especially in honoring ancestors. This form of syncretic Islam remains rare, even allowing for conversions that in many cases happened in the mid to late 19th century. This recent history, though, contributes to the richness and fame (in the West) of Bamana ritual arts.