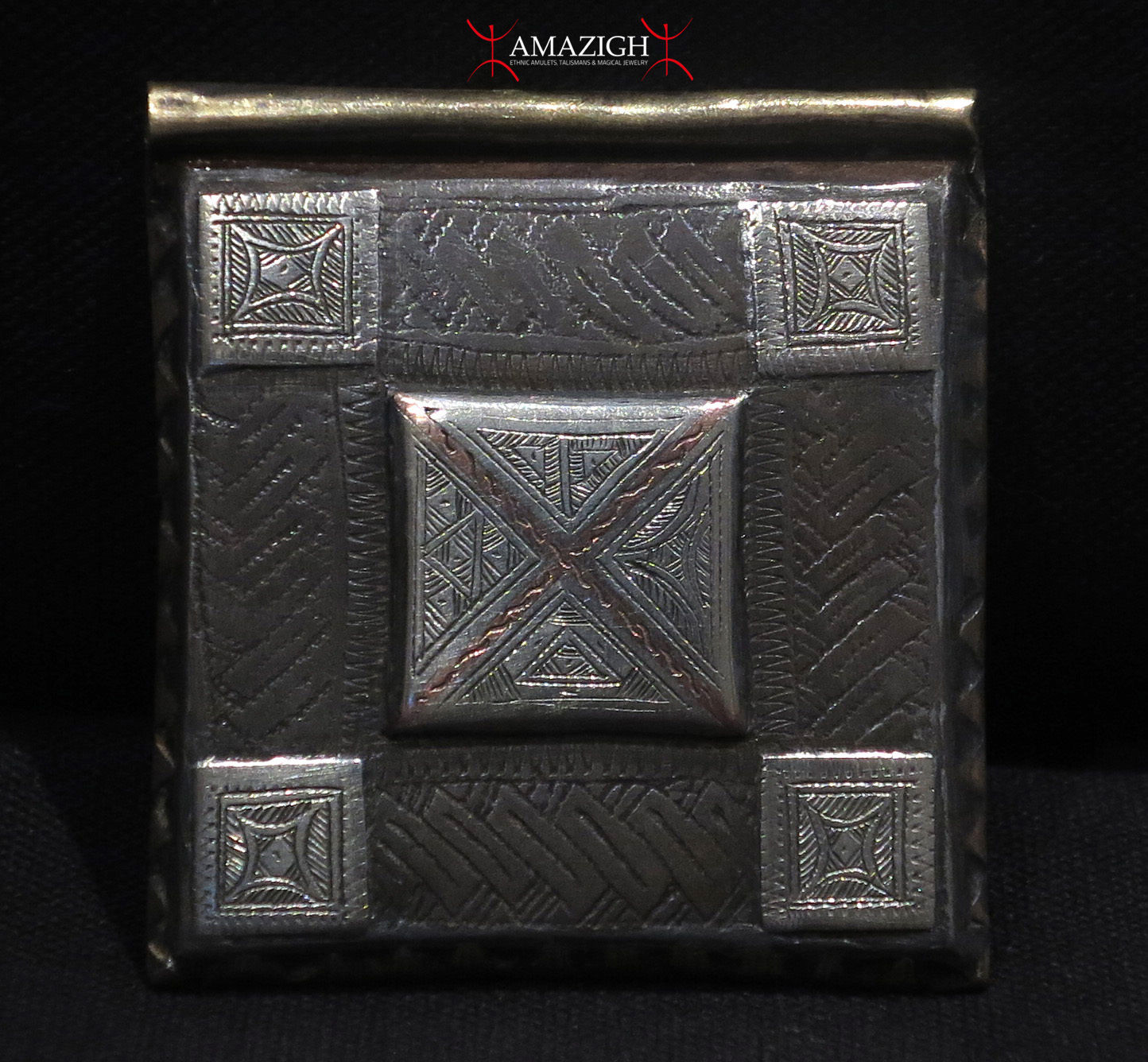 Mid 20th century. Brass, silver and copper on brass and silver sheet; gr. 29,8 (1.05 oz.). Cm. 5,9 high x cm. 5,3 width (2.32” x 2.08″). Excellent work. The Kitab has the form of a metal box (rectangle or square) and often has a sheet of paper, closed and sealed, on which is written in Arabic, one or more verses of the Quran selected by an Imam or a Marabout, at the request of a person who wants to be protected from the evil eye, curses, hatred, diseases or also to receive favors or luck. In other cases the Kitab can hold a sheet of paper on which is written magic letters, numbers, names of days, names of the stars and planet, or signs representing the eye, revealing the esoteric practices well known by the Marabouts. Other times a Kitab may contain desert sand, small objects, or simply the “whiff” of the Marabout. Berbers are the indigenous ethnic group of North Africa. They are continuously distributed from the Atlantic to the Siwa oasis in Egypt, and from the Mediterranean to the Niger River. The name Berber appeared for the first time after the end of the Roman Empire. Many Berbers call themselves some variant of the word imazighen (singular: Amazigh), possibly meaning “free people” or “free and noble men”. Today, most Berber-speaking people live in Morocco and Algeria.