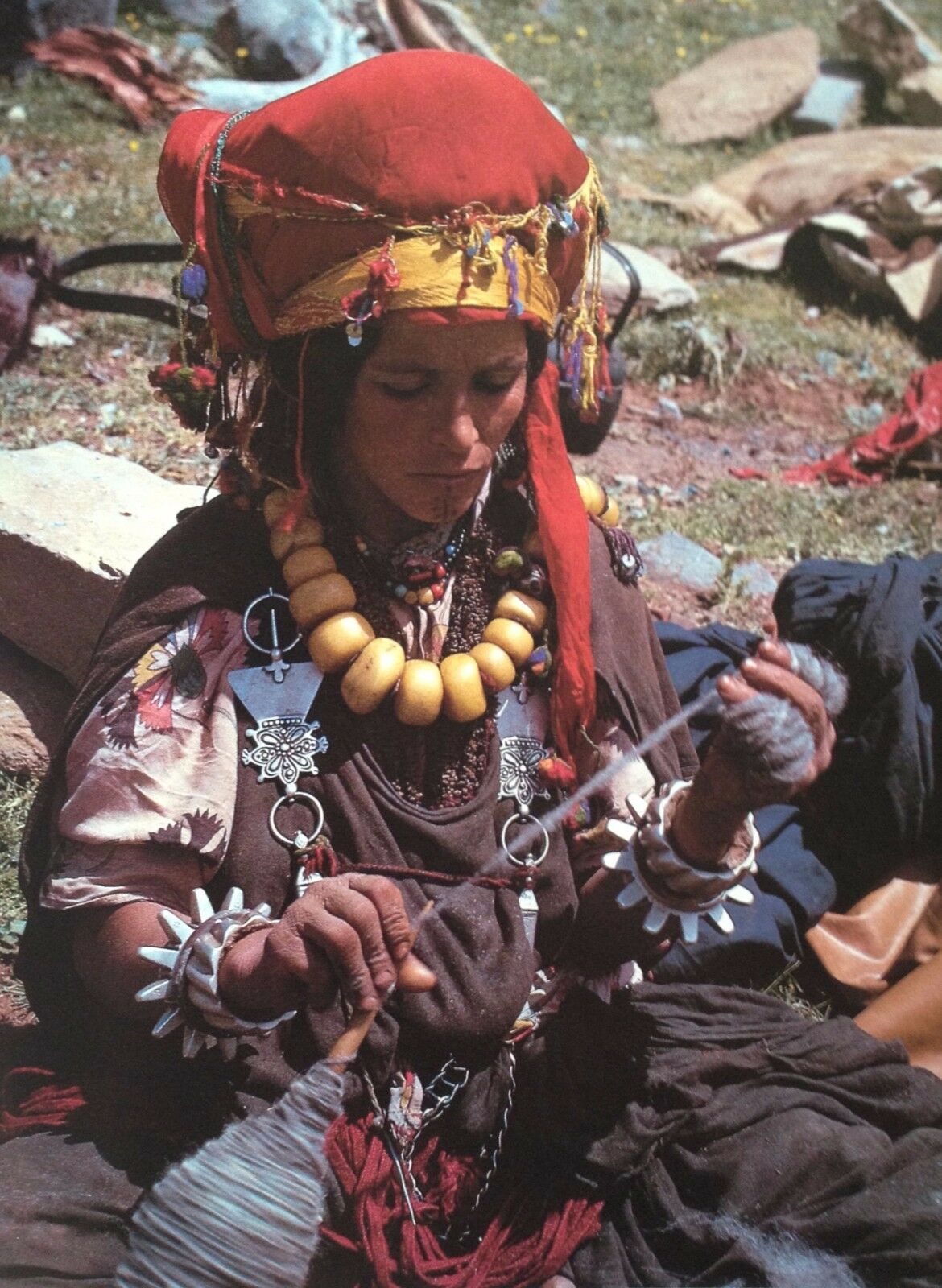 The Ait Atta (Tamazight language: ⴰⵢⵜ ⵄⴻⵟⵟⴰ) are a large Berber tribal confederation of South eastern Morocco. They are divided into “five fifths” (khams khmas), all said to descend from the forty sons of their common ancestor Dadda Atta (“Aït” has the meaning of “people of” in the Tamazight language): these “fifths” are the Ayt Wallal, Ayt Wahlim, Ayt Isful, Ayt Yazza and Ayt Unbgi.

The Ait Atta originated as a political entity in the Jbel Saghro region in the 16th century with the founding of their traditional capital Iɣerm Amazdar. They subsequently expanded first northwards, becoming rivals of the Ait Yafelman, then southwards, taking control of oases in Tafilalt and the Draa River. By the 19th century their raids went as far as Touat (in modern-day Algeria). They resisted the French entry into Morocco until 1933.

Power traditionally rested mainly with local councils of family heads, the ajmuɛ, who decided cases according to customary law, izerf. At each tribal level, the head was traditionally elected according to the principles of rotation and complementarity: each lineage took turns to occupy the position.

Ait Atta women wore fibulae, called tizerzai, to fasten their draped garments at their shoulders. While the various Berber groups throughout Morocco use distinct styles of fibulae, the molded brooches worn by the Ait Atta consisted of three elements: the pin, pendant and chain.

Women also adorned themselves with necklaces of varying lenghts. The shorter necklace is comprised of various silver pendants, including dangling triangular pendants that women said resembled the tail feathers of a bird, a local symbol of female fertility. The longer necklace was constructed from glass beads, coral, and massive beads of amber. Women valued both amber and coral, materials traded into the pre-Saharan region dominated by the Ait Atta, for their medicinal as well as their decorative qualities.