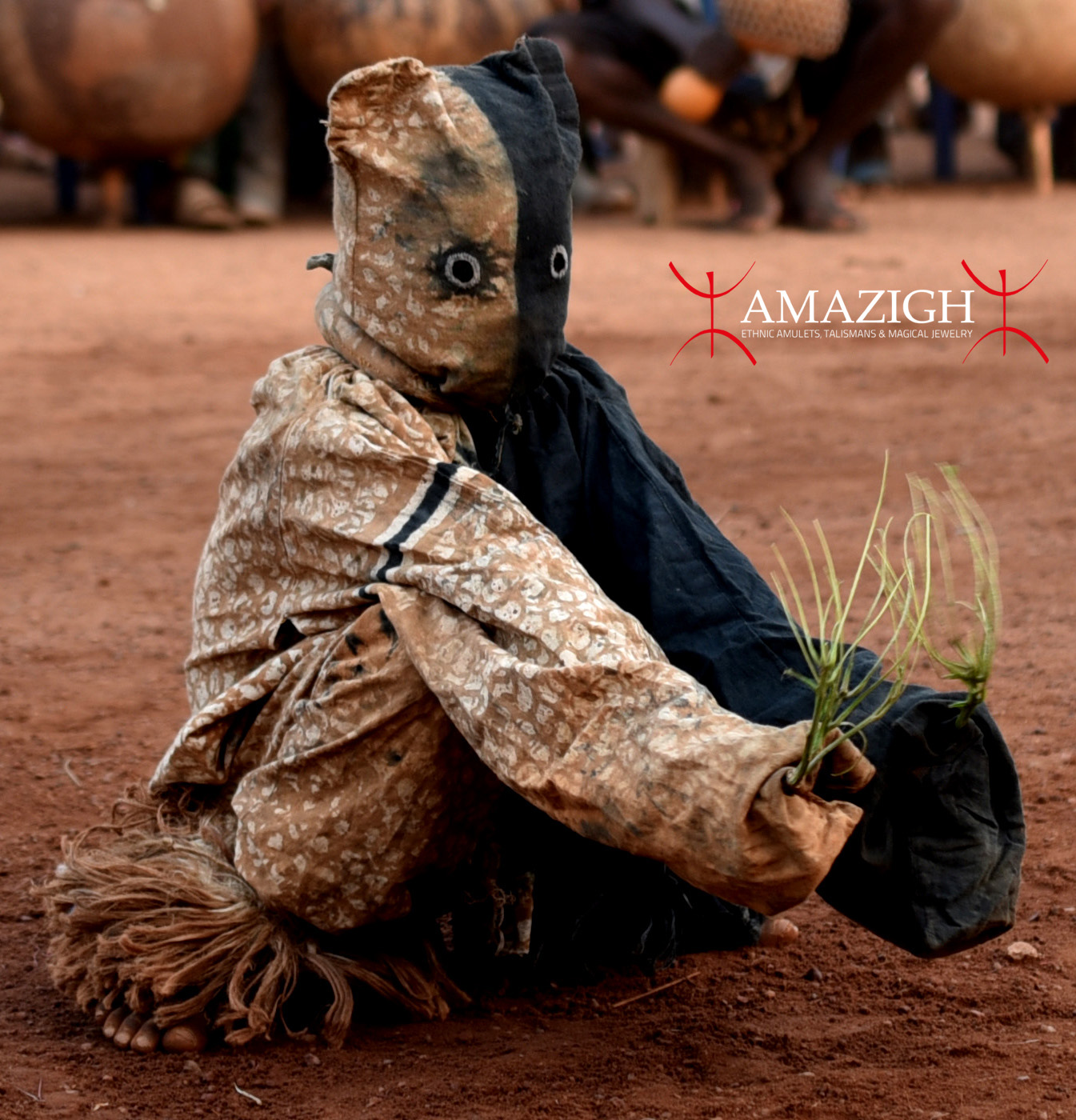 The most terrifying fairy tales take place in the forest. If you are a Senufo child from Korhogo, in the north of the Ivory Coast, the forest is the dark, dangerous place full of mystery, where one day you will be pushed by force by masked beings. For a month, night and day, in that frightening green you will have to expect to encounter a crowd of spirits with fangs, horns and horrifying costumes in order to indelibly imprint in your mind what it means to become an adult. No one can come to save you, as the forest of spirits, the sacred grove (Singaza), is a place of total prohibition for anyone who has not been initiated: secret rituals and sacrifices take place there.

For the Senufo, boys and girls are not complete human beings: it is initiation that gives them a gender and a place in the community. The child is told that he will be “swallowed” by the spirits as soon as he enters the forest, where the scarifications he will suffer on his back will be defined. “Claws and bites” of the spirits themselves. Without a complaint, the initiates will sleep naked, covered only with wet rags or outdoors, if it rains; provided they are able to sleep for the incessant sound of the drums and the violent raids of the spirit-masks.

«A long time ago, some children reacted to the tests with somersaults and acrobatics. And they invented the Boloye, the panther dance»  (panthère, according to African Francophonie). In Africa there are no black panthers, only leopards, and the children of Lataha, lost in the forest, with their game-dance have built an anti-spirit, dressing in spotted brown and performing stunts impossible for their adult torturers. And they have chosen a guiding spirit that the community doesn’t like. Indeed, a proverb states: “The leopard’s skin is beautiful, but his heart is bad.”

From a childish game, therefore, the Boloye dance was born. Initially it was practiced by Senufo children between eight and thirteen years. Over time it has become part of the adult world and has acquired importance and sacred character. The Boloye became the funeral dance, staged to celebrate the attainment of ancestor status by the deceased. Later it was transformed into a mystical exhibition, to bring down the rain, essential for Senufo farmers. Just look at the dancers to understand their spirit.

The Leopard-Boloye arrive with arrogant step, recalled by the sound of special ritual instruments (a kind of lutes

consisting of a long plucked string neck and a pumpkin that is beaten with the hand to give the rhythm). Only initiates have the right to wear the leopard costume. It is a poor costume, of brown cloth, on which the spots stand out little, monochromatic in the dust. The mask is soft and feline. The dancers hold sticks in their hands: in the rock representations of the Sahara and South Africa this is characteristic of the shamans who transform themselves into mythical quadrupeds. As the rhythm varies, a dancer begins to charge the pace, until exploding in pirouettes, back flips, flips. Recalling the technique of the initiates’ exit from the forest, the dancer crawls on his back and belly, and then gets up and returns to his place with a rogue step.

Sometimes the first dancer crouches on the ground, as if to challenge the next. He arrives, starts the sequence of steps again, rotates like a top and then challenges the next dancer. The Boloye is pure energy, like that of those who, after the horror of the forest, find it hard to abandon adolescence to enter adulthood.