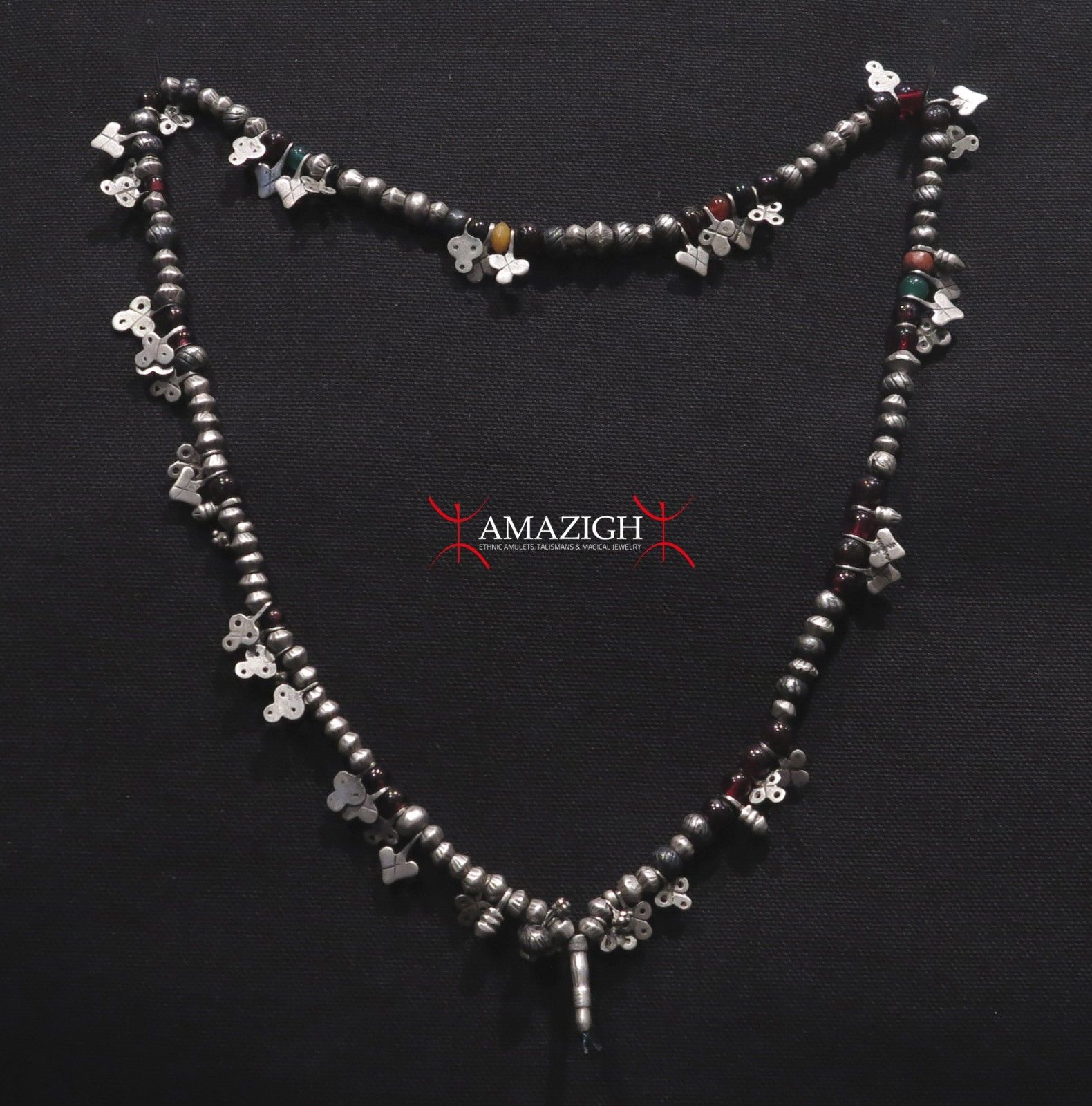 Mid 20th century. Old silver, carnalian, agate, glass beads; cm 29,5 (11.61″) in length; gr. 95,5 (3.36 oz.). The chaplet is worn as necklace or as bracelet, but it’s also instrument of prayer, similar to the rosary. Outstanding piece. Berbers are the indigenous ethnic group of North Africa. They are continuously distributed from the Atlantic to the Siwa oasis in Egypt, and from the Mediterranean to the Niger River. The name Berber appeared for the first time after the end of the Roman Empire. Many Berbers call themselves some variant of the word imazighen (singular: Amazigh), possibly meaning “free people” or “free and noble men”. Today, most Berber-speaking people live in Morocco and Algeria.