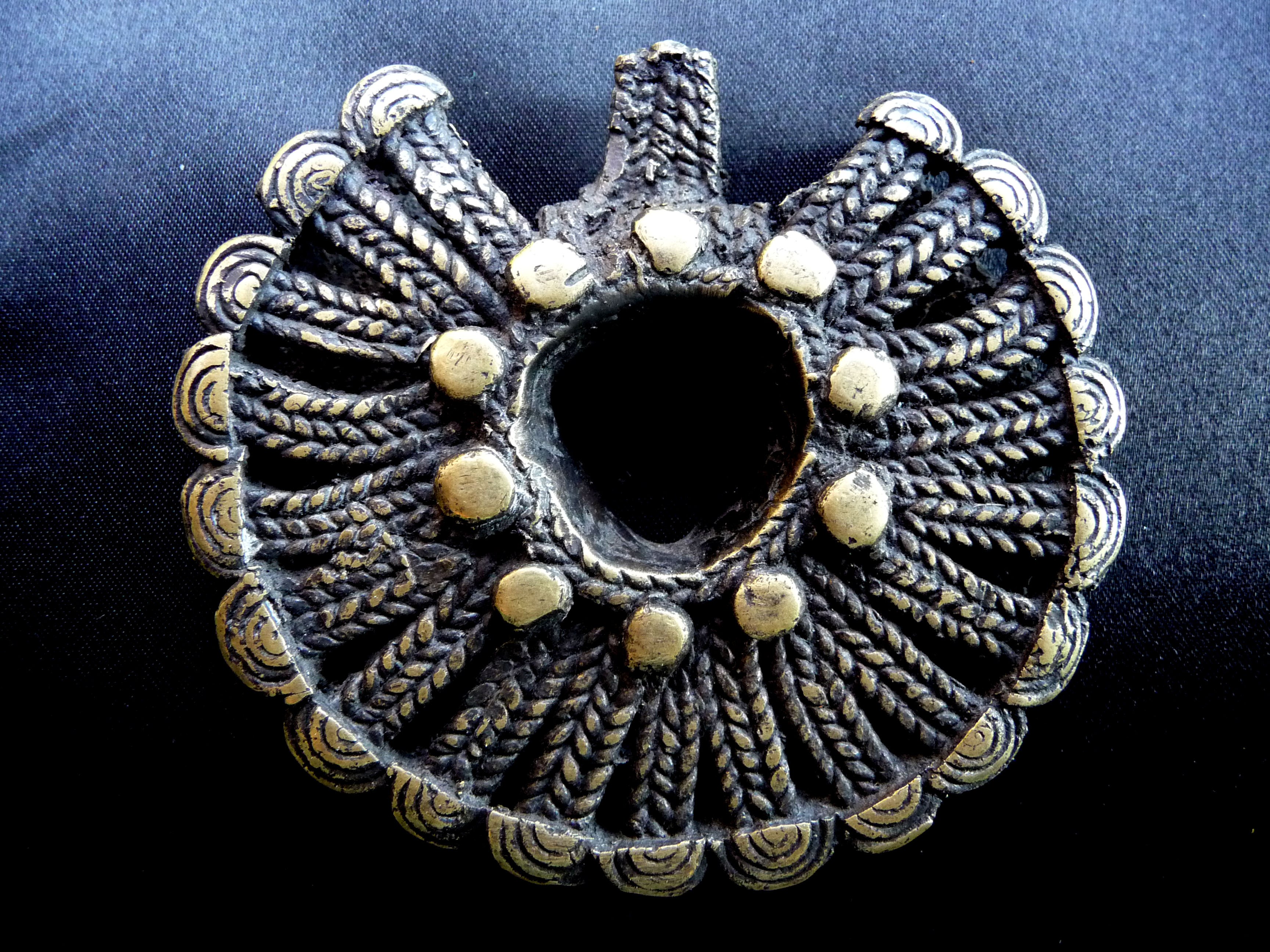 Brass. Cm. 8,1 x 7,5. Gr. 152,9 (5.39 oz.). Lost-wax casting. The mold is destroyed every time; every object is a unique piece. The Dogon are an ethnic group living in the central plateau region of Mali, south of the Niger bend near the city of Bandiagara in the Mopti region. Certain researchers investigating the Dogon have reported that they seem to possess advanced astronomical knowledge. From 1931 to 1956 the French anthropologist Marcel Griaule studied the Dogon. In late 1946 Griaule spent a consecutive thirty-three days in conversations with the Dogon wiseman Ogotemmêli, the source of much of Griaule and Dieterlen’s future publications (Dieu d’eau. Entretiens avec Ogotemmêli was published in 1948). They reported that the Dogon believe that the brightest star in the sky, Sirius (sigi tolo or “star of the Sigui”), has two companion stars, pō tolo (the Digitaria star), and ęmmę ya tolo, (the female Sorghum star), respectively the first and second companions of Sirius A. Sirius, in the Dogon system, formed one of the foci for the orbit of a tiny star, the companionate Digitaria star. When Digitaria is closest to Sirius, that star brightens: when it is farthest from Sirius, it gives off a twinkling effect that suggests to the observer several stars. The orbit cycle takes 50 years. They also claimed that the Dogon appeared to know of the rings of Saturn, and the moons of Jupiter. The Dogon’s system reveals precise knowledge of cosmological facts only known by the development of modern astronomy. The problem of knowing how, with no instruments at their disposal, men could know the movements and certain characteristics of virtually invisible stars has not been settled. In 1976 Robert K. G. Temple wrote a book called “The Sirius Mystery” arguing that the Dogon’s information, if traced back to ancient Egyptian sources and myth, indicated an extraterrestrial transmission of knowledge of the stars. In fact, the Dogon also talk about Nommo – amphibian deities that arrived from the sky in their fantastic sky ship. They preached to the people who assembled in large numbers around the lake that was created around the ship. Visit our store on ebay.com: Ebay Store

Brass. Cm. 8,1 x 7,5 Lost-wax casting. The mold is destroyed every time; every object is a unique piece.