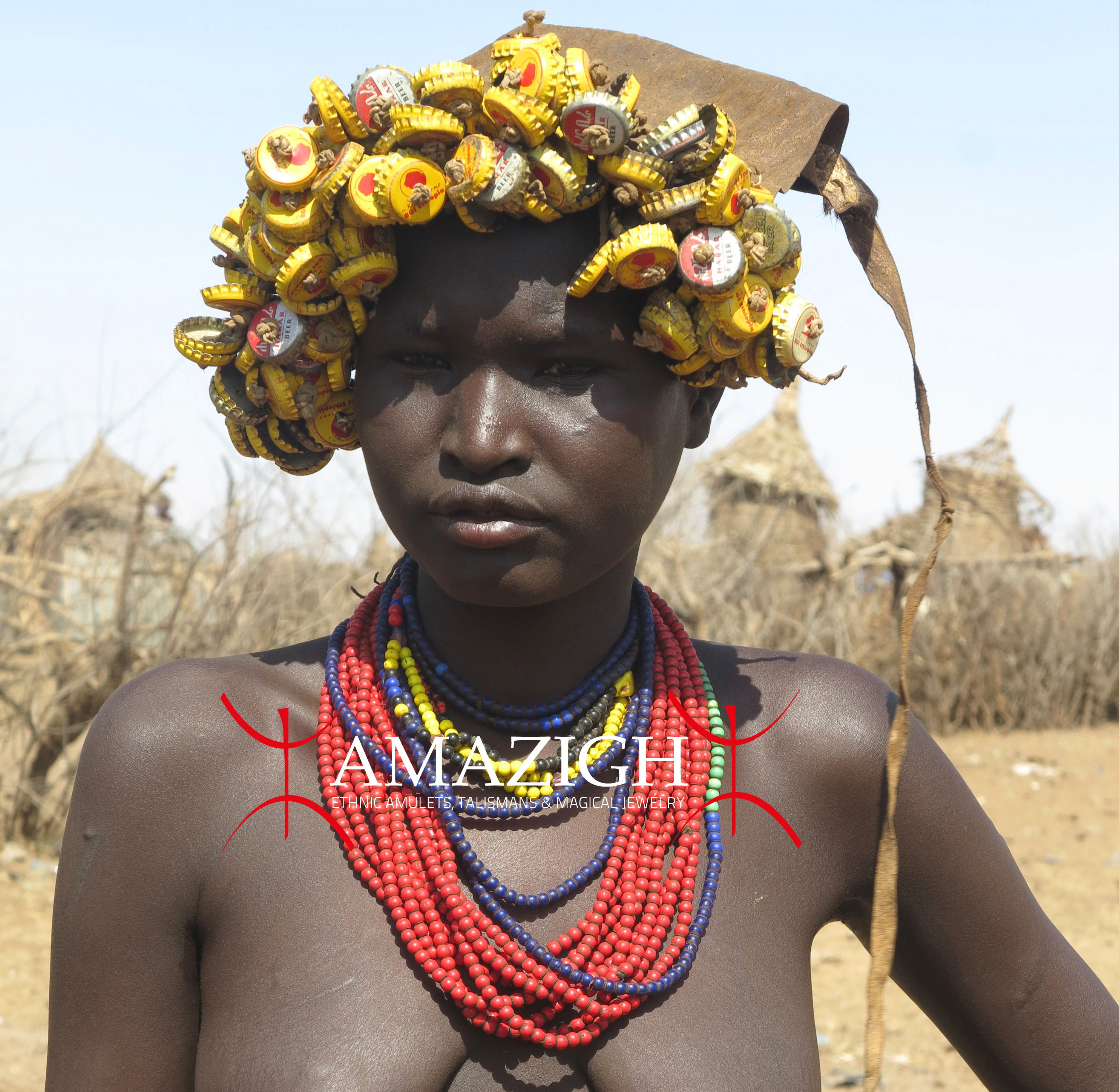 Their name means People of the Delta. Despite the lake and delta, this is an incredibly dry region; there is nothing but desert to the west and southwest. Cattle are central to the lives of the Dassanech, just as they are for the other tribes of the Omo valley. As well as meat, milk, leather for clothing, houses and mattresses, they provide status in the tribe, and the bride-wealth that allows a man to marry.

The Dassanech tribe is not strictly defined by ethnicity. Over time the tribe has absorbed a wide range of different peoples and it’s now divided in to eight main clans. Each clan has its own identity and customs, its own responsibilities towards the rest of the tribe and is linked to a particular territory.

The largest clan is the Galbur, or Water and Crocodile clan. The Dassanech believe its members have the power over both water and crocodiles and are responsable for treating diseases throughout the tribe. The Turat clan is responsible for dealing with burns from fire. They have power to ward off snakes and cure many diseases, and also have the ability to keep their enemies away from their animals. Another important clan is Turnyerim, which has powers over drought. They pray for rains during dry periods and they can also cure snakebites by spitting on the wound. Other clans claim to have healing power over eye infections, scorpion bites, muscolar problems, and so on. Members of the same clan are forbidden from marrying or indeed dancing with each other.

Dassanech women wear clothes made from leather. The men wear sarong – like garments. Both men and women of the tribe adorn themselves with beads and bracelets. Men can often be seen carrying a small stool or headrest, which is pretty ubiquitous in this southern region. As with most pastoralists in the area, the diet of the Dassanech people usually consists of dry porridge with milk, but the also hunt crocodile and fish the Omo River.

One of the most important cerimonial events is the Dimmi. The Dimmi ritual is a traditional associated with the blessing of the first born daughters. Dimmi is performed when the girl reaches the age of 8-10. Each clan has their own special site where they perform the ritual. Girls of the same age and clan are blessed together. Before the ritual begins, temporary huts are built. Goats and cattle will be brought to slaughter at the ceremony. The girls’ fathers are espected to be well decorated. The blessing is made by a group of elders known as buls. The main purpose of the blessing is to ensure the girls fertility in their future life. Following the ceremony the father becomes an elder.