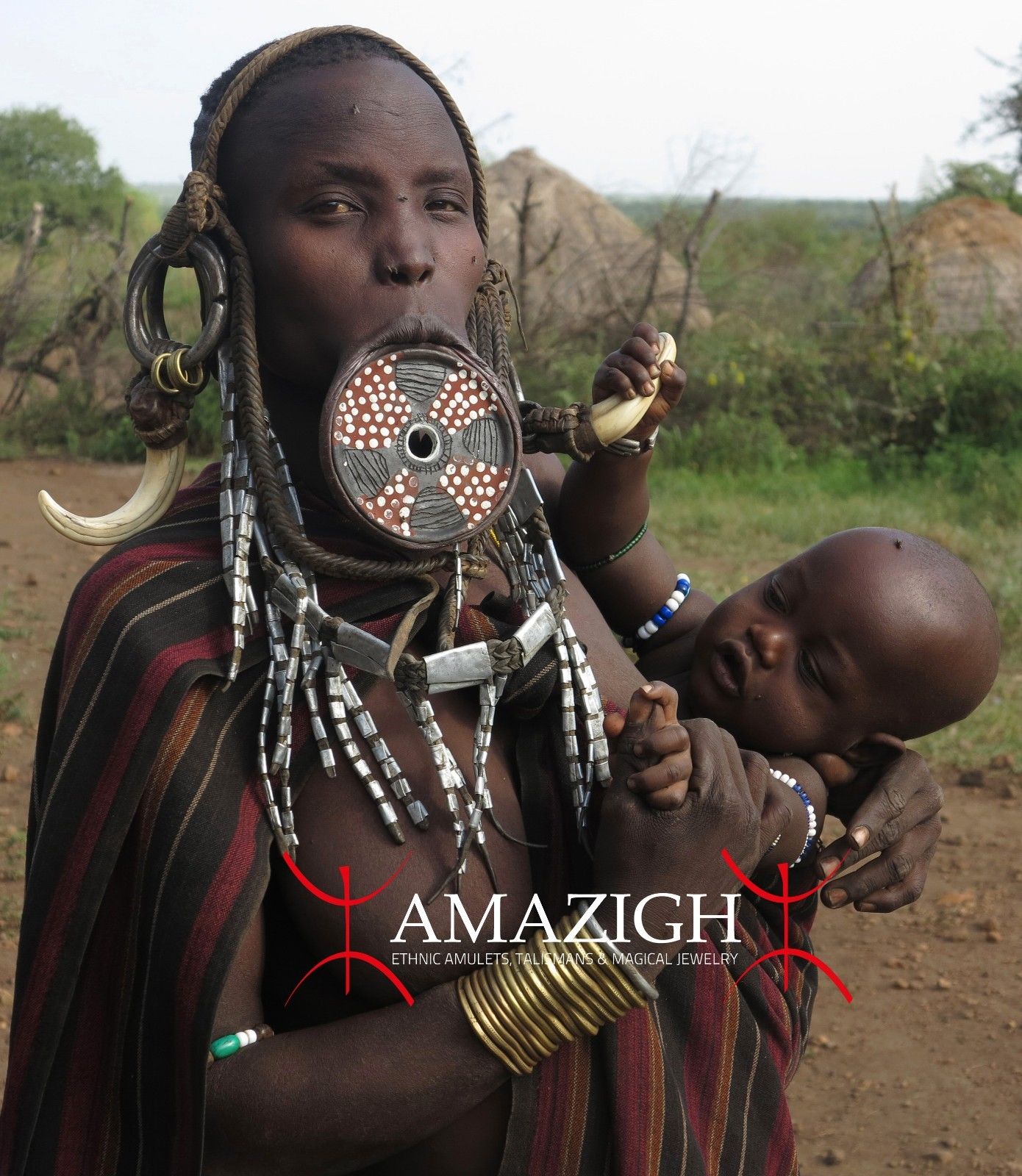 The Mursi (approx. population in 2014: 7,500) live in an almost inaccessible area between the Mago and Omo Rivers. They are predominantly pastoral but also engage in limited agriculture. The Mursi are a tall, striking race, with an aggressive reputation.

The men only wear a blanket tied over one shoulder, the women a similar fashioned goatskin. Both sexes cut their hair very short and shaved designs into it.

The women are famed for wearing large plates in their lips (round clay plates placed into a cut in the lower lip) and ears. There is much controversy surronding the origins of the lip plate, ranging from “disfigurement to discourage slave raiders” (National Geographic magazine, Sept 1938) to having it as an object of beauty. It has often been suggested that the size of the lip plate correlates to the amount they are “worth” in terms of bride-price. These theories have, generally, all been rejected on good evidence. It probably signifies when the Mursi women reach adulthood and, therefore, reproducive age. Scarification in also practieced: a Mursi design is usually found on the left shoulder of the men and announces their passing into adulthood. The small dots that make up the scar are made with a razor blade. The women have similar disigns across their chests. The wear a lot of jewels, mostly in metal armbands, bracelets and anklets. Particulary during festivals, the women also adorn themselves with animal skins, headdresses made from warthog tusks, and suchlike.

The men can also be seen wearing bracelets made from ivory and elephant hair. They carry a large stick (donga) which they use for fighting. This is, however, being replaced by the ubiquitous AK-47 assault rifle. Cattle are the Mursi’s most prized possession. They misure wealth by the number of cattle they own and name themselves after the color of their favorite cattle. The Mursi are considered one of the wealthiest tribes in the area as they own greater numbers of cattle. Virtually every significant social relationship, most notably marriage, is marked and validated by exchange of cattle.