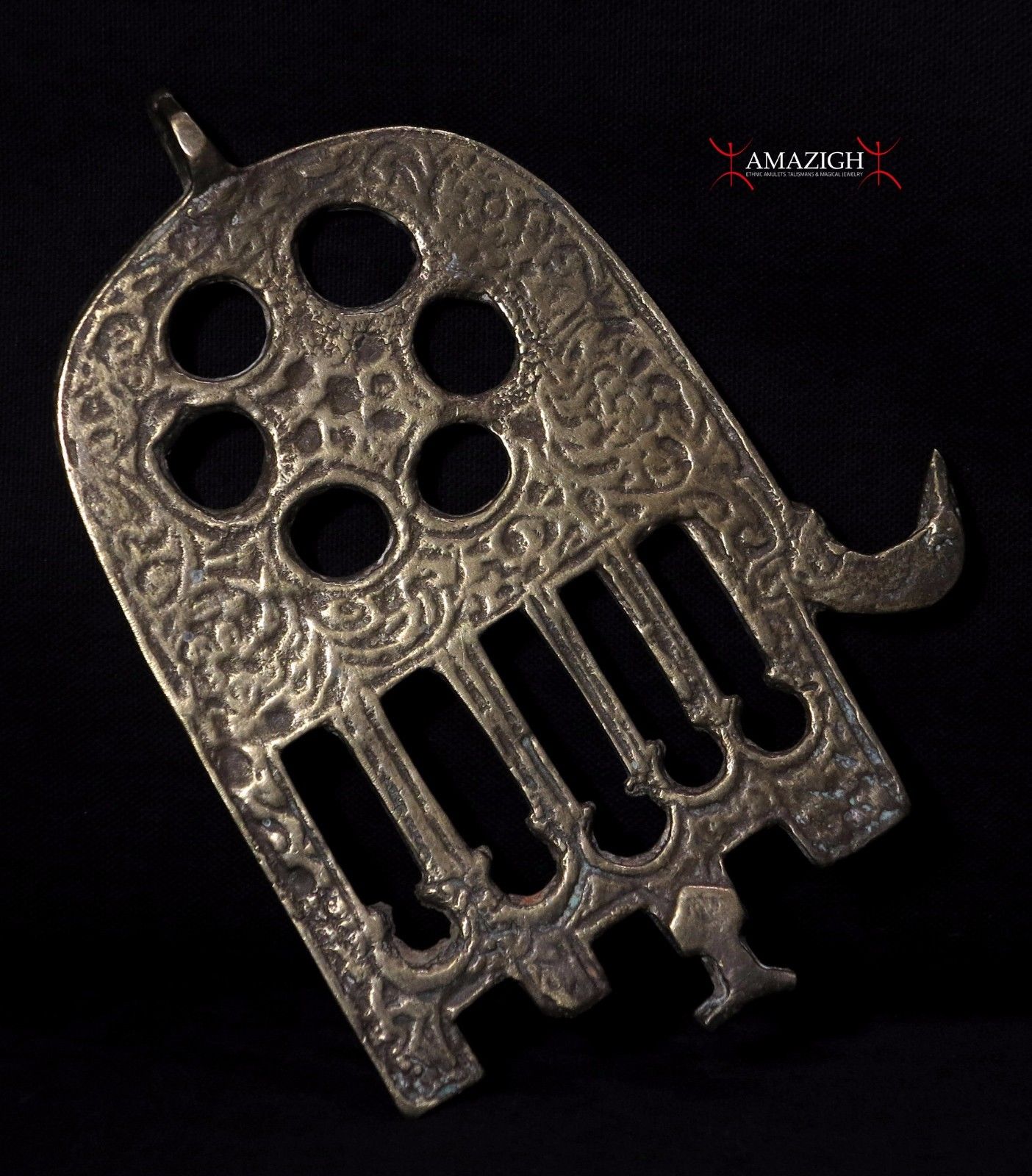 19th century. Brass. Gr. 326,2 (11.50 oz.); cm. 17,5 high (6.88”) x cm. 13,0 width (5.11”). This hand is the top piece of a lamp. For similar examples see “The Hand in Morocco”, by Khalid El Gharib, Malika Editions. The Hand is a common symbol in much of the world since prehistoric times: the hands of the Tassili rock positive and negative (southern Algeria), dating from a period between 9000 and 7000 years ago, hand-painted Catal Huyuk (Anatolia 6000 years ago), those represented on the stele of Chalcacingo, the work of the Olmec civilization, the oldest and most mysterious among the Central American. The KHAMSA hand (Arabic) or HAMESH hand (Hebrew) is and old and still popular apotropaic amulet for magical protection from the envious or evil eye. An alternative Islamic name for this charm is Hand of Fatima, in reference to the daughter of Mohammed. An alternative Jewish name for it is Hand of Miriam, in reference to the sister of Moses and Aaron. The words KHAMSA or HAMESH mean “five” and have a sacred value.  It is painted on the doors of houses as a symbol of good luck. Amulet in the etymological sense of the word, the hand is also a talisman of fertility. There is good archaeological evidence to suggest that the downward-pointing protective HAMESH / KHAMSA and predates both Judaism and Islam and that it refers to ancient Middle Eastern goddless whose hand wards off the evil eye.