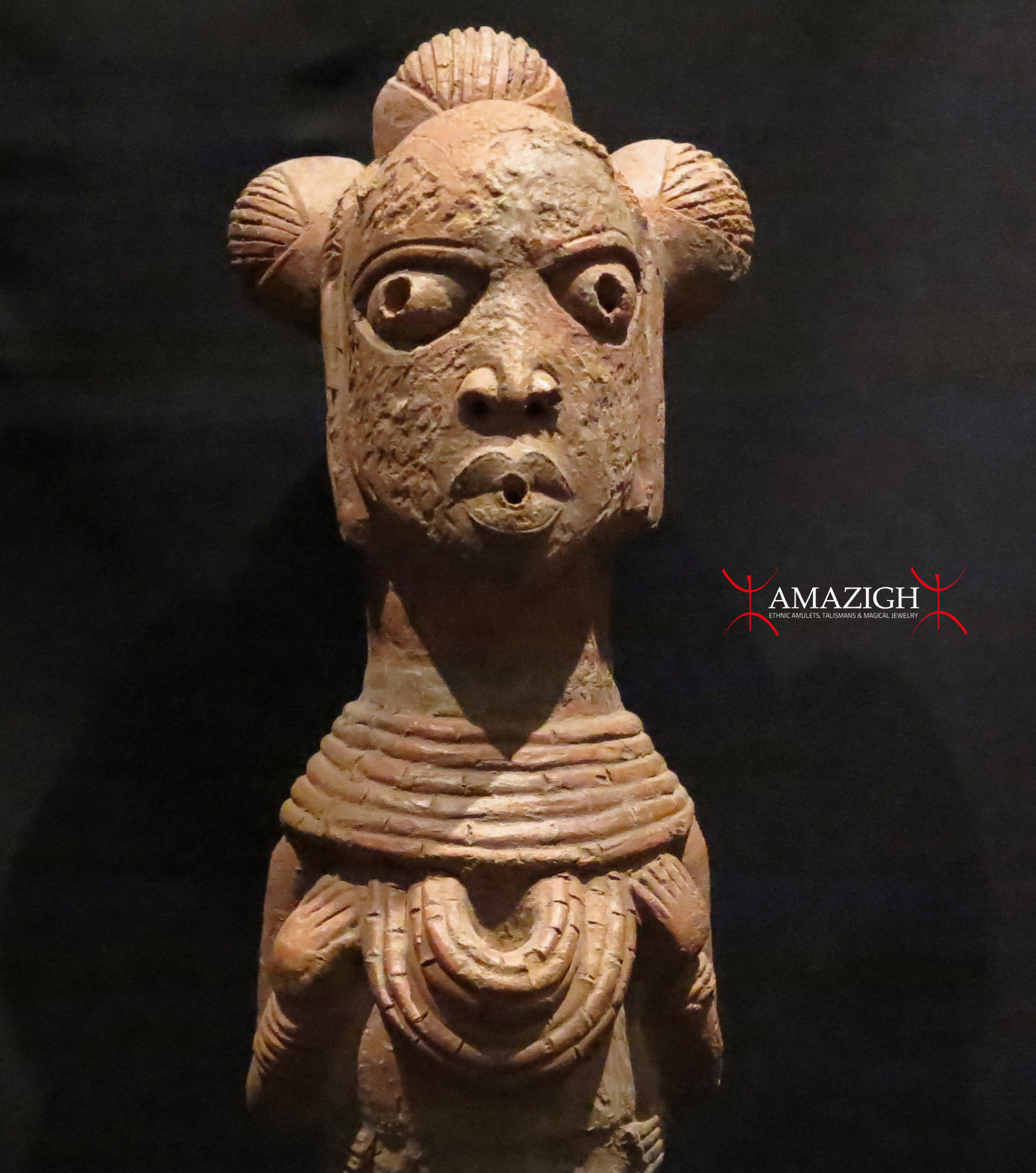 The Nok culture is an early Iron Age population whose material remains are named after the Ham village of Nok in Kaduna State of Nigeria, where their terracotta sculptures were first discovered in 1928. The Nok Culture appeared in northern Nigeria around 1500 BC and vanished under unknown circumstances around 500 AD, having lasted approximately 2,000 years.

As a result of erosion and mining, one of the oldest and most sophistcated art-producing cultures known in sub-Saharan Africa came to light in the mid-20th century.

The function of Nok terracotta sculptures is still unknown. For the most part, the terracotta is preserved in the form of scattered fragments. That is why Nok art is well known today only for the heads, both male and female, whose hairstyles are particularly detailed and refined. The statues are in fragments because the discoveries are usually made from alluvial mud, in terrain made by the erosion of water. The terracotta statues found there are hidden, rolled, polished, and broken. Rarely are works of great size conserved intact making them highly valued on the international art market.

The terracotta figures are hollow, coil built, nearly life sized human heads and bodies that are depicted with highly stylized features, abundant jewelry, and varied postures.
Little is known of the original function of the pieces, but theories include ancestor portrayal, grave markers, and charms to prevent crop failure, infertility, and illness. Also, based on the dome-shaped bases found on several figures, they could have been used as finials for the roofs of ancient structures.