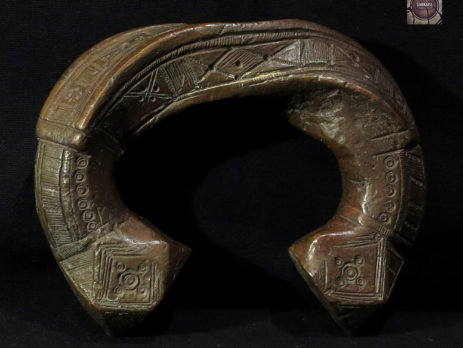 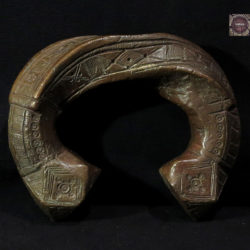 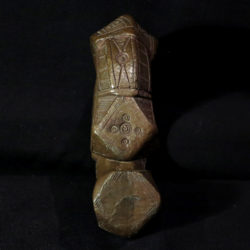 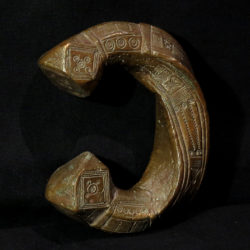 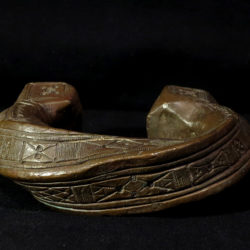 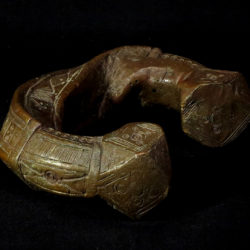 Used especially as dowry money, it was worn by the women during ritual dances and lay festival.

Originating before the colonial period, perhaps as the result of trade with the Portuguese Empire, Manillas continued to serve as money and decorative objects until the late 1940s and are still used as decorative objects in some contexts.

For a similar example see: