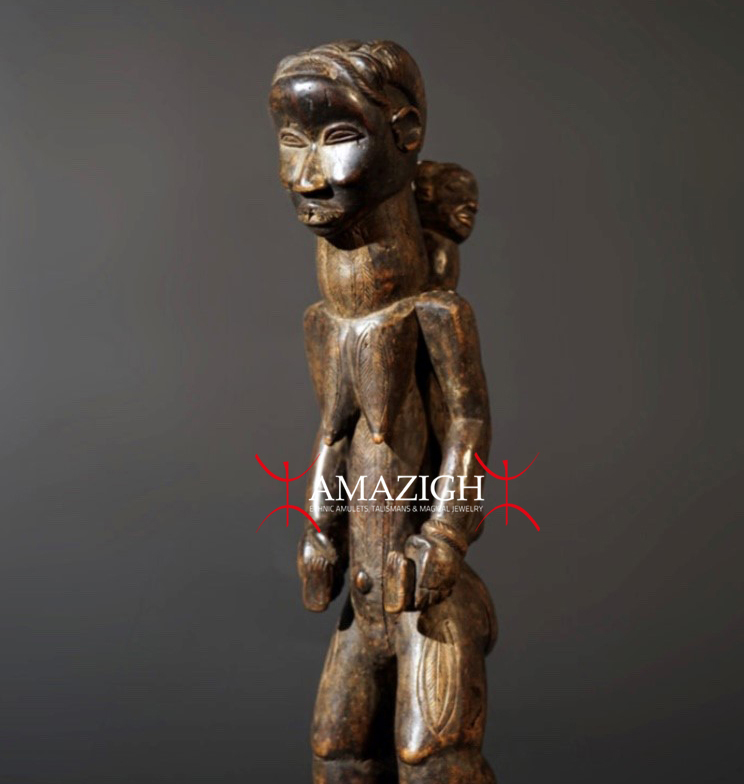 Motherhood plays an important role in all societies, but in African culture, a woman is often evaluated by the number of children she produces: in traditional West African societies, the woman has the main purpose of fathering and raising children. Understanding the importance of this position, there are many rituals and activities dedicated to women, so that they learn the necessary knowledge to become mothers: during puberty, in fact, girls are instructed on childbirth, and on the secrets and taboos of menstruation, carrying out a real learning period that lasts several months.

This training period usually takes place during the dry season, it consists in being away from the village for a few weeks with the elderly women of the village. The actual procedures of these teachings vary from tribe to tribe: some of these ceremonies are rituals of song and dance, while in other cases purification periods are performed which consist of a very restricted diet and selected foods.

The role of women in West Africa is based on the idea that women can and should (in principle) father children: the way they care for their children will show everyone their patience, kindness, gentleness and persistence. These are in fact the characteristics that distinguish the maternage style of many African tribes: maternity in close physical contact, breastfeeding on prolonged request, sleep shared with the mother, use of the sling. With this attitude, African women create a very close and empathic relationship with their children, bonds that last over time, even when they are adults, and legitimize them to have strong decision-making power over them for their entire life. In fact, children are the real wealth for the families and women of these tribes, as not being developed in these areas of the welfare systems, it will be up to them to take economic and practical responsibility for the parents when they are elderly and no longer self-sufficient . As children are therefore a precious asset for the whole community, the whole village supports women in raising children, as “to raise a child it takes a village”.

The DAN who are 350.000 are a subtribe who belongs to the DAN-NGUERE. They live in Oriental Liberia, in Guinea Conakry and in Ivory Coast. The social and spiritual base of the DAN-NGUERE is the Poro secret society, which means “sierra” in the Temmé language. The DAN live in a wooded region in the south, and the north is covered by the savanna. Before the DAN were united by secret societies in the beginning of the century, the DAN lived in autonomous villages, ruled by a chief, designed according his wealth and his social rank. Nowadays, the Leopard society plays a major role within the lives of the DAN. The candidates for the initiation must go through an isolation period from three to four months in the forest.