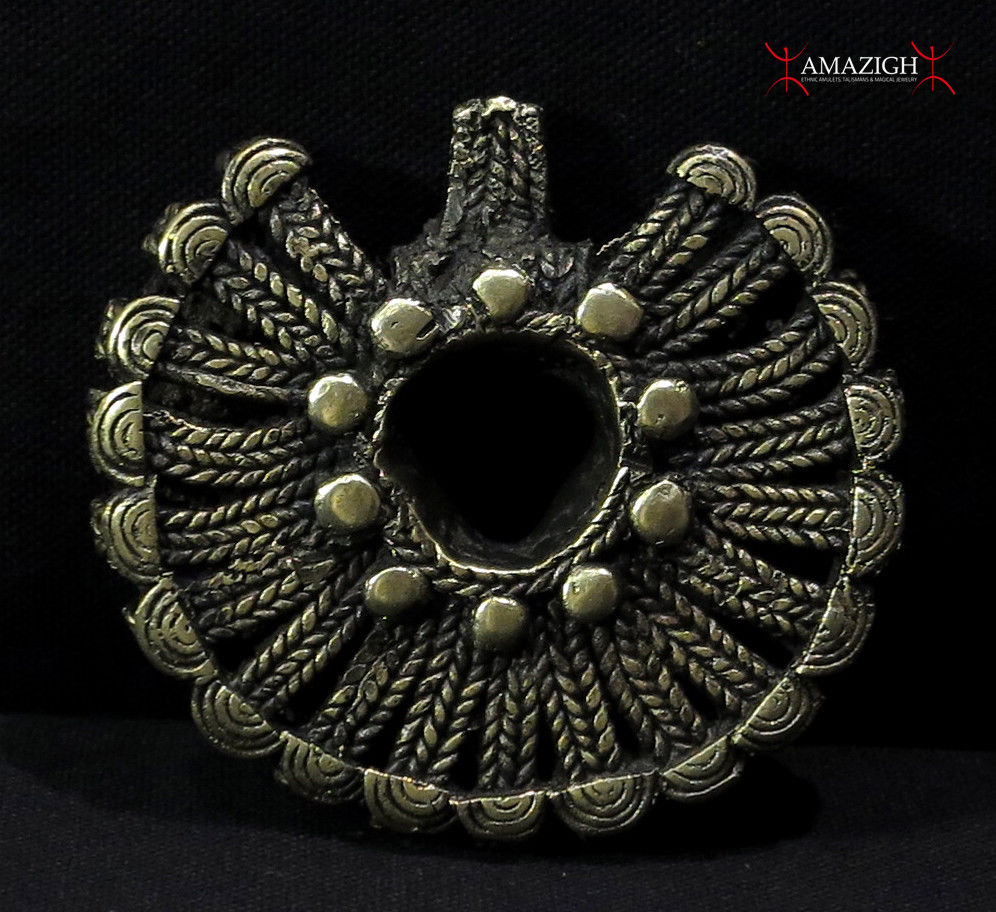 Metal works like this Dogon Sun Talisman is molded in bronze by ‘the lost wax method’, also called ‘cire-perdue’. This kind of metal molding is made with a wax model and a mold made from a heat proof material, such as clay, in which the liquid metal is poured into through pipes and openings, and the wax is melted and drained away. The method is common on every continent exept Australia, and dates back to 3rd millenium BC and has sustained few changes since then.