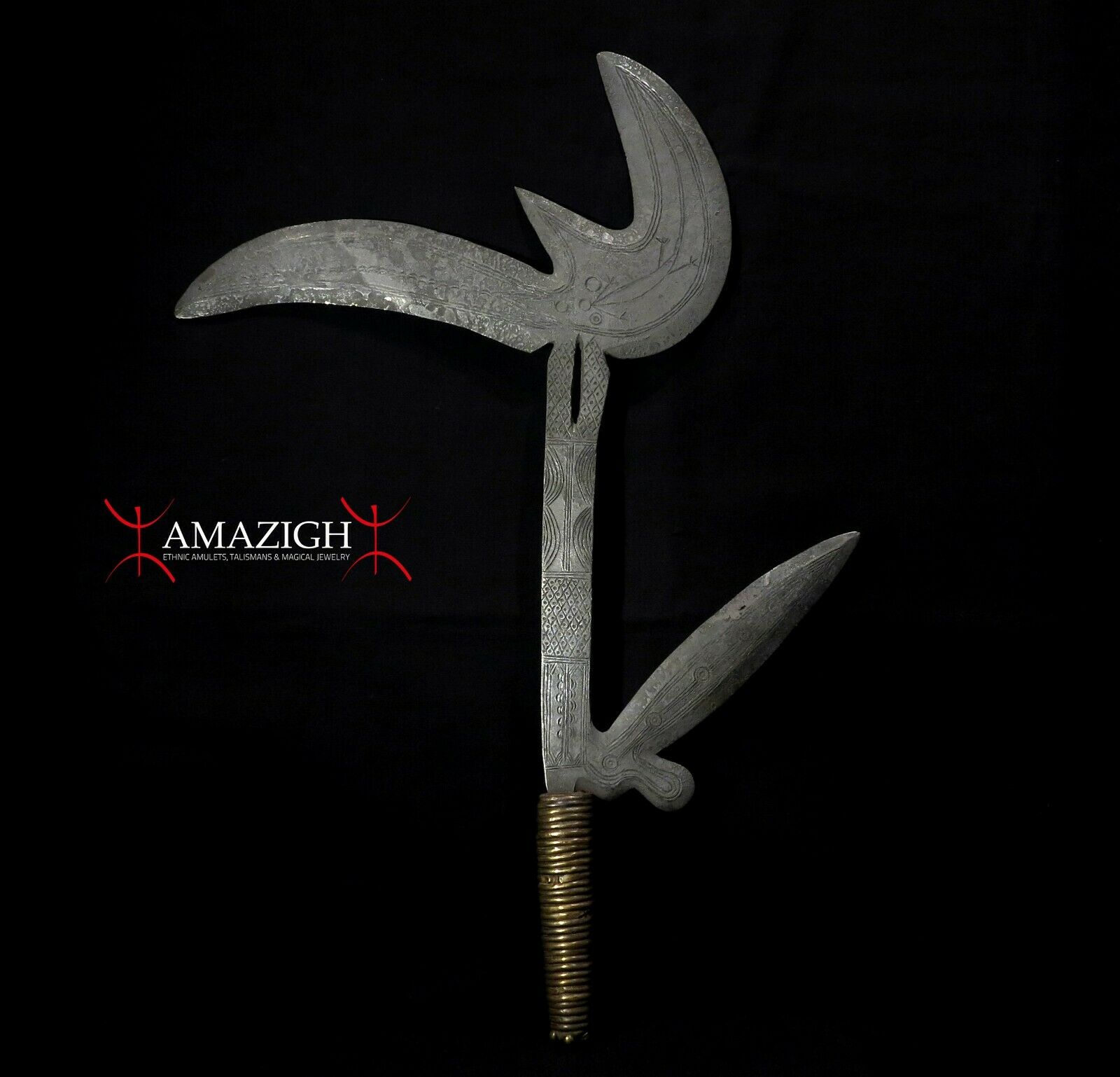 The Azande (plural of “Zande”) are an ethnic group of North Central Africa. The word Azande means “the people who possess much land”, and refers to their history as conquering warriors. They live primarily in the northeastern part of the Democratic Republic of the Congo, in south-central and southwestern part of South Sudan, and in southeastern Central African Republic.

Art is a key part of Zande culture. They are most famously known for their throwing knife called the “shongo”. It shows the skill of Zande metal workers with its curved and multi-bladed features.

Mainly as a result of the work of E. E. Evans-Pritchard, the Azande are among the best-known African peoples. In anthropological theory they have become indissolubly associated with the study of religion and magic.

The Kipinga is a form of hybrid knife/axe that can be used in close combat as a hatchet or dagger, or more typically as a throwing weapon. It usually consists of four blades, three on top and one on the side. The curved hook was used to keep the weapon in the victim, and if pulled out, caused further damage. These African iron weapons are thrown with a rotatory motion, and can inflict deep wounds with their projecting blades. Soldiers would carry three or four into battle, hidden behind their shields. They were typically thrown at the enemy from 30 feet away.

They were classed as “Court Metal”, being produced under the patronage of the Avongara clan, distributed only to professional warriors, and considered status symbols. It was also part of the dowry that a man must pay to the bride’s family.

Many are made of rarer and softer materials. These were harder to forge and were a status symbol to their owners.